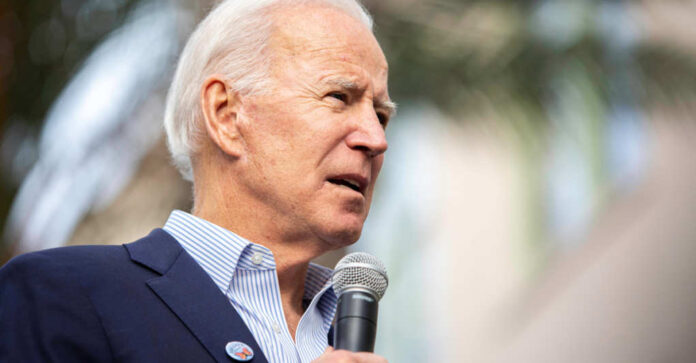 Greg Gutfeld from Fox News made a bold prediction on Monday’s edition of his popular show “The Five.” He simply said that President Joe Biden will not “be there for 2024.”

Gutfeld went on to explain that he believed the Democrats would push the president to retire at the end of his first term in the White House.

The Fox News host also predicted that the upside for Biden is that he will get to go out with a pardon for his son, Hunter Biden. Hunter is right now the focus of an FBI investigation for his foreign business dealings, especially those that were done while his father was serving as vice president in the Barak Obama administration.

Greg Gutfeld led the panel discussion on “The Five” focusing on the president’s son. They talked about the most recent reports regarding the emails found on his laptop. These emails were revealed in a story published by The New York Post and they are now at the center of a federal investigation.

A panelist on the show, Dana Perino, said that it would not surprise her if the Justice Department indicted Hunter Biden. But she did say that she believed the Department of Justice (DOJ) might stretch out its final investigation until after the next presidential election.

Perino said that she previously worked at the DOJ and learned with the rest of those who were spokespersons how to say “no comment” in 101 ways. She said that is exactly what we can expect from the White House and the DOJ.

“They don’t have to be told this is super sensitive, they know if there is one iota that it looks like Joe Biden was involved in some way or influenced in some way, the White House messaging … what chief of staff just said … That will all blow apart,” Perino said.

Greg Gutfeld challenged Perino’s line of thinking. He believes that the DOJ will move quickly with a possible indictment.

“I think… Joe is not going to be there for 2024, right? And they’re going to tell him that he’s got to go back home. But the tradeoff is that he gets to pardon Hunter,” Gutfeld explained.

He reiterated his thought that the DOJ would move quickly so that President Biden can pardon his son and then leave the White House. Gutfeld believes that Attorney General Merrick Garland will in fact indict Hunter Biden, but it will not be for a major crime that requires prison time. He said that Biden will be accused of a minor tax issue. But there is the chance that it could be money laundering and the president will give a pardon by saying he will not run for reelection.

The Democrats could likely decide to push Biden towards retirement after his first four years because of what they have found in recent polls. According to a new Harvard CAPS-Harris Poll, if the election were held right now, Trump would get 47% of the votes compared to 41% for Joe Biden. And Vice President Harris performs even worse in a match-up with former President Trump. She would only get 38% of the vote compared to Trump’s 49%.

Mark Penn, the co-director of the Harvard CAPS-Harris Poll survey, indicated that Trump’s projected leads over both Harris and Biden are not as tied to Trump’s popularity as they are connected to Biden’s present challenges with American voters.

If these numbers prove to be accurate, Democratic Party leadership may be willing to bear a Hunter Biden pardon if it means Joe will ride off into the sunset of retirement.