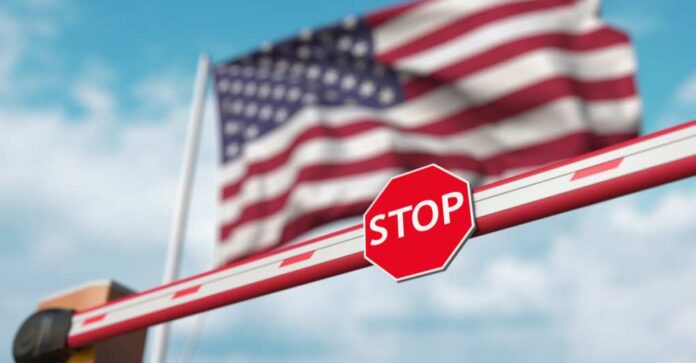 Andy Biggs, the Republican co-chair of the House Border Security Caucus, wrote to Alejandro Mayorkas of Homeland Security on behalf of the 20 co-signers of the letter. He let Mayorkas know that his caucus had been made aware of the increase of illegal aliens from Russia entering the United States.

The letter stated, “Given the Biden administration’s catch and release policies, we have serious concerns that Russians illegally entering the United States will simply be released into the interior with minimal vetting. Releasing illegal aliens into our communities is a significant national security threat.”

Obviously, the Russian invasion of Ukraine has increased the tension around so many from Russia coming into the United States. We have just opened the door for 100,000 refugees from Ukraine to enter our nation to help with the Russian imposed refugee crises around the globe. There is palpable animosity between Washington and Moscow due to the significant sanctions America has imposed on the nation as well as individuals in Russia. All this makes those coming from Russia, especially those who may enter illegally, suspect.

In February, 769 Russian migrants were encountered at the southern border. That compares to only 72 migrants that were encountered in the same month last year. This is according to Customs and Border Protection (CBP) information. In December of 2021, 2,105 Russian migrants came to our border patrol, according to CBP data. A year before that there were only 53 in December of 2020. We do not have any data from the CBP for March, since Russia started the war with Ukraine.

The Wall Street Journal has reported that over 30,000 Russians entered Mexico in January and February of this year. That compares to an average of just over 12,000 in those two months over the last five years. In the Journal’s report, it said that most of them are going through the Border Patrol process instead of trying to enter the country illegally. And most of them are anti-Putin dissidents.

ICE has reported that they are no longer using deportation flights to Russia and Ukraine, along with some other countries in the region because of the effects of the war and the refugee crisis.

The Department of Homeland Security has extended temporary protected status (TPS) to Ukrainians and they have told the Border Patrol to consider exemptions to Title 42 for Ukrainians. They have not done the same for Russians.

Andy Biggs made a public statement in which he said that Americans deserve to know who is trying to illegally get into the country and if Russian nationals are being released into the country.

Republican Representative Mary Miller from Illinois signed the letter and shared her concerns over Twitter.

“Biden wants US troops to prevent Russians from crossing Ukraine’s border while allowing more than 2,000 Russians to illegally cross our southern border without knowing their intentions. If Biden cared about National Security, he would secure our own border!”

All of this is taking place at the same time that the Centers for Disease Control and Prevention will terminate the Title 42 public health policy that would allow border officials to turn away migrants due to the pandemic crisis.

This is just one more failure of the present White House administration. Can November come quickly, please?