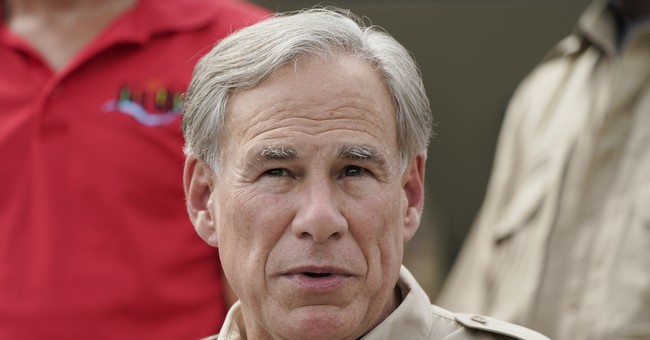 Republican governors have been complaining for months about how the Biden administration has been transporting illegal immigrants into their states, sometimes in the dead of night when they think no one is watching, and dumping them in areas that have already been deluged by the influx of illegal immigrants who made it across the border as the result of President Biden’s disastrous open borders policy.

For instance, Florida Gov. Ron DeSantis’ public safety czar Larry Keefe pointed out back in November that they had discovered the Biden administration had been flying illegal immigrants into the state under the cover of darkness. Keefe also said that when he reached out to the DHS and the DOJ find out who issued the directive, no answer was given. DeSantis made a vow at the time to begin using charter buses to send them to Biden’s home state of Delaware.

Texas Gov. Greg Abbott, too, has complained in the past about illegals being dumped in Texas by the Biden administration and overwhelming the already stretched-thin resources of the small communities they’re being bused into. And as a result of Joe Biden’s and Kamala Harris’ failure to get the situation at the border under control, Abbott announced a new policy Wednesday in which he’s directing state agencies to begin utilizing charter buses to reroute the illegal immigrants Biden keeps dumping in Texas to Washington, D.C.:

I haven’t seen the full presser but I suspect Abbott’s move also has something to do with the announcement last week about how Biden is going to allow Title 42, a Trump-era policy implemented at the start of the pandemic to stem the spread of COVID-19 from illegal immigrants, to expire near the end of May, news that has Republicans and even some Democrats fuming.

Of course, the Usual Suspects are going to denounce this as “racism” and “xenophobia” but these are the same people who refuse to see for themselves what Biden’s illegal immigration policies are doing to these border towns, causing rising crime rates, increasing COVID case numbers, etc. Hell, Biden himself won’t even visit the southern border though he’s lied through his teeth during his time in office about past “border visits” that never happened. Harris, who Biden infamously put in charge of getting to the “root cause” of the border crisis, has been to the Texas border exactly once – and that was only after former President Trump one-upped her by announcing a scheduled June 2021 visit.

I don’t blame these Republican governors one bit for responding the way they have and for taking the actions they feel necessary to keep cities in their states from being further overrun by illegal immigrants. These governors are the ones who see first-hand evidence every day of the havoc Joe Biden’s policies have wreaked in their respective communities, and they have every right to respond accordingly when the federal government fails in its responsibility to protect those who are here legally.

As the old saying goes, when you can’t trust anyone else to get it right, it’s best you take care of it yourself, and that’s exactly what these governors are doing. Good for them.