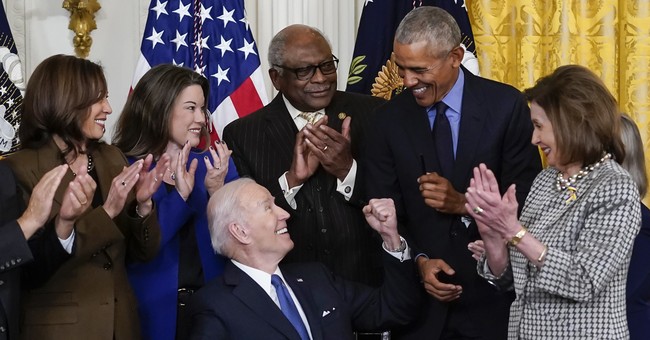 If you don’t live in states such as California, Georgia, or Wisconsin, you may have been unaware there were various elections going on last night. A mix of local and special elections took place, including the first step in a special election to replace recently retired GOP Rep. Devin Nunes.

Given what we know about the current electoral environment, namely that it’s terrible for Democrats, the results weren’t shocking. But they did provide more evidence of a coming red wave as November’s mid-terms approach.

In CA-22, The Republicans cleaned up at levels not seen in years.

CA-22 is a plurality Hispanic district that only went to Nunes by 5 points in 2018 and 8 points in 2020. The last jungle primary that was held (March of 2020) saw the GOP collect only 56 percent of the vote. On Tuesday evening, Republicans looked to take around 64 percent, with the Republican to Democrat spread reaching 18 points.

Obviously, the margins are great for the GOP, but what’s more impressive is that this is a district that is more Hispanic than the last time Republicans were winning it by 15+ points. If that translates to the general election (and past jungle primaries have to a large degree), it would mean that the GOP gains among Hispanics aren’t just happening in the Rio Grande Valley, but everywhere.

Critical Race Theory and indoctrination of children were major issues in several Wisconsin school board elections, leading to anti-CRT candidates walking away winners.

That result actually had some Democrats celebrating, but that’s a complete misread. This was another jungle primary, which means that while Mitchell Kaye only got 41.6 percent as a Republican, two other Republicans totaled up 18.5 percent of the vote. In 2020, the GOP took 55 percent of the vote, so the margins increased substantially. In a state as close as Georgia, even a one-two point overall move back towards Republicans could be the difference in winning or losing.

In the end, these are all small data points, but they track exactly what we’ve seen over the last year in various other elections, including the general elections that took place last November in states like Virginia. There is no evidence that Democrats are making up ground. Rather, Republicans seem well-positioned to not only take back the House of Representatives but to make big gains at the state level too. And in the end, it’s those state-level power structures that often deliver the most results.