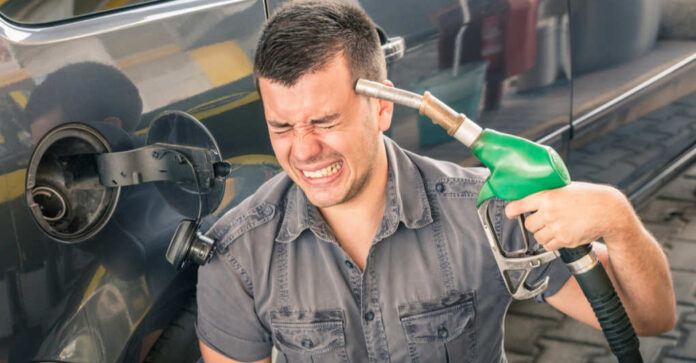 Joe Biden’s plan to force Americans to adopt new energy alternatives is fundamentally flawed. The high gas prices have provided him with the opportunity to drain the national reserve, which will essentially destroy American oil consumption. Once the reserves are gone, the price of gas will skyrocket to new levels because Biden will have made America dependent on foreign oil.

The old man keeps promoting the idea that he wants to put the country on a path of energy independence by using alternative sources. But he has yet to provide a comprehensive plan that details how he plans on replacing the electricity being cut from the current power supply with new alternatives.

The president uses the higher gas prices to justify emptying the federal reserve tank with millions of barrels of oil. The prices that Biden has allowed to come about are all part of his plan to try and change America. Instead of working slowly and over the long-term, he wants to see it happen before his term is over in the White House. The current energy structure in America is not equipped to undergo rapid changes like what he wants to initiate.

Biden is blaming Vladimir Putin for the higher gas prices in America. But the truth is that the prices were already high because Biden had killed off domestic drilling contracts that provided enough oil for Americans to use and not have to depend on Russia or any other foreign country to ship it to the country.

The Daily Wire reported that Biden stated, “Today, I’m laying out a two-part plan, not only to ease the pain that families are feeling right now, but to end this era of dependence and uncertainty, and to lay a new foundation for true and lasting American energy independence.”

Biden does not care about American energy. All he cares about is crippling the country so it cannot go after Putin and put a stop to his war.

Biden also stated that “Which brings me to the first part of my plan: to immediately increase the supply of oil. Our prices are rising because of Putin’s actions. There isn’t enough supply. And, the bottom line is, if we want lower gas prices, we need to have more oil supply right now.”

Backward, Biden thinks that the national reserve is the way to go. But what he needs to do is approve the 9,000 approved permits and let Americans start producing their oil. He needs to revive the pipeline and stop playing around with things he does not know how to handle. All he is doing is making things worse for America in the long term.

His definition of energy independence falls short of the word’s actual definition. He has not thought through what it will take to achieve his goal. Every power plant in America that uses fossil fuels will have to shut down. But before that can happen, he will have to replace that energy output with renewable sources. It will be impossible for Biden to pull the plug and think that he can restart the grid a year later once everything is built. He has to build it first and then transition to the new sources. But that plan escapes him because he does not care like he says he does.

The Daily Wire also quoted him as lying, “Between ramping up production in the short-term and driving down demand in the long-term, we can free ourselves from dependence on imported oil from across the world. Look, I know as prices are painful, I get it. My plan is going to help ease that pain today, and safeguard against [it] tomorrow. I’m open to ideas strengthening the plan, but I will not be put off, and put it on hold.”