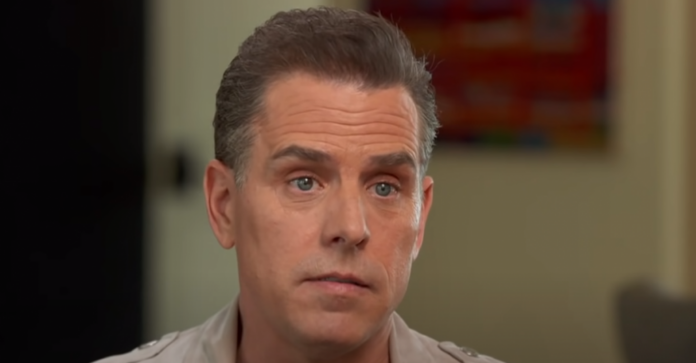 If you believed there was something to the investigation of Hunter Biden’s business practices, it seems you were very right. In fact, the investigation is going much further than many thought it would. According to CBS News, the federal probe into the president’s son is broader than what was previously known.

Investigators are looking into whether Hunter Biden and his partners violated tax laws, money laundering, and foreign lobbying laws. To aid in the investigation, GOP members of the House Oversight Committee sent letters this week to the White House and the National Archives. They demanded records of any communication between Hunter Biden and the White House during the two terms of the Obama administration.

The letter said, “Hunter Biden’s connections throughout the Russian sphere of influence have now become especially relevant in the fast-moving and developing Russian war in Ukraine. If the Russian government is attempting to influence American policy in Ukraine by exploiting Hunter Biden’s connection with his father — the President of the United States — the American people deserve to know it.”

It is clear that Republicans are concerned whether Hunter Biden is still profiting because he is the president’s son and they are concerned that enemies of the United States could try to exploit him because of any past business relationships in Ukraine and Russia.

Those leading the investigation are not just focused on the energy company Hunter Biden was associated with within Ukraine and the present connection with Russia, they are also looking into the connection Biden and his firm had with financial transactions with a Chinese energy company called CEFC. Some documents have been released by Republicans in Congress that indicate Biden made transactions with this company that served as an arm of the government of China.

Just a year after Joe Bide was vice president, a CEFC official signed a $1 million retainer so that Hunter Biden could serve as a lawyer for them. The CEFC client was Patrick Ho who would be convicted of international bribery and money laundering charges for work he did in Africa.

Grassley said to the senate that both Hunter and James were the “perfect vehicle” for the Chinese government to use so that they could make “inroads” into the United States.

Hunter’s attorneys did not respond to this new information when CBS News asked them. And no representative for James Biden could be found to comment. Hunter went on record last year to say that his father did not benefit from his business activities.

The White House will likely remain silent as well. Last month Jen Psaki, the White House press secretary, directed any questions about Hunter Biden to the Justice Department or his own representatives. She flatly declared that she was a spokesperson for the United States and that Hunter didn’t work in the government.

Rep. James Comer, a Republican from Kentucky, said that Hunter’s days of filling his pockets by using his father are “numbered.” He said they are committed to looking into Hunter’s “shady foreign business dealings,” and they will find out if he sold access to the president of the United States.

There were a total of 14 Republicans who signed the letter to the White House and the National Archives. And they are sure that if the midterm elections go the way they think they will, Hunter Biden will be brought before a hearing to answer questions.

Rep. Elise Stefanik, the number 3 GOP leader in the House told The Post recently that they will subpoena Hunter Biden. She said that it should concern every American that the Biden family made financial gain at the “cost of our national security.”