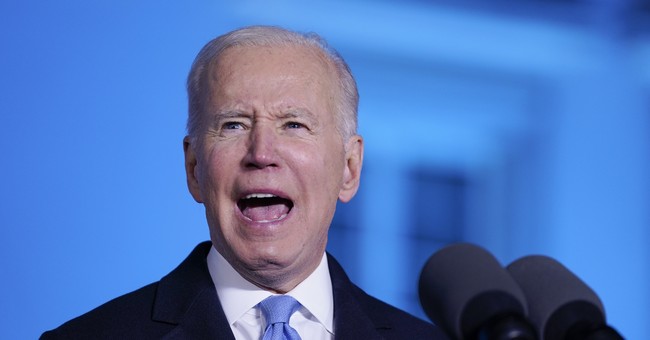 The FBI has been looking into Hunter Biden for years. There have been reports that the investigation involves money laundering and his foreign connection. Recently, the DOJ has been bringing witnesses before the grand jury, which would suggest that the case may be coming to a head, with action soon. The latest report even indicated that the grand jury is asking questions about “the big guy” — who has been identified as Joe Biden.

Meanwhile, Joe Biden has continued to publicly claim his son didn’t do anything wrong, despite the facts that we already know. It’s increased the call for a special counsel to ensure the independence of the investigation, including from George Washington University law professor Jonathan Turley.

So, Fox’s Peter Doocy asked White House Press Secretary Jen Psaki if there was any intention to appoint a special counsel to ensure the integrity of the investigation. Watch Psaki scramble, deflecting the question to the Justice Department.

Doocy also asked about White House Chief of Staff Ron Klain’s comment that Biden is confident his son did not break the law. Psaki confirmed that was Biden’s position. Now, the problem with making comments like that is it can put a chilling effect on the investigation. That’s why you’re not supposed to make any such comments. And why even if Biden didn’t personally talk with anyone in the DOJ, he’s still not acting properly. How is the DOJ supposed to proceed with a prosecution, under those circumstances?

So, Biden knows Hunter is innocent, although he’s never discussed his dealings with him? I believe that like I believe Jen Psaki is always honest.

I’m just curious. So, if they’ve never talked about his overseas dealings, who does Joe Biden think he’s posing with, in those pictures with Hunter’s business associates, including his Ukrainian, Kazakh, and Mexican associates? “Oh hey, Dad, these are just random guys I want you to take pictures with, including in the VP’s office”? What’s Joe Biden’s explanation for that?

What about the dinner that Joe had with Ukrainian, Russian, and Kazakh associates of Hunter’s, including Russian billionaire Elena Baturina, who allegedly gave one of Hunter’s firms $3.5 million? What’s Joe Biden’s explanation for that?

How about the explanation for what Tony Bobulinski — who used to work for the Bidens — said? He said that Joe was involved in Hunter’s business dealings, that the 10 percent for “the big guy” referenced Joe Biden. This should have done Biden in before the election, but liberal media didn’t press Biden on it. What’s Joe Biden’s explanation for that?

Biden also claimed that his son didn’t get any money related to China. That was already proven to be a lie, according to the documents presented last week on the Senate floor by Sen. Chuck Grassley, not to mention what Bobulinski said. What’s Joe Biden’s explanation for that?

I could go on at some length this way.

“I didn’t know anything” and/or “I’m going to avoid the question” are not acceptable answers.