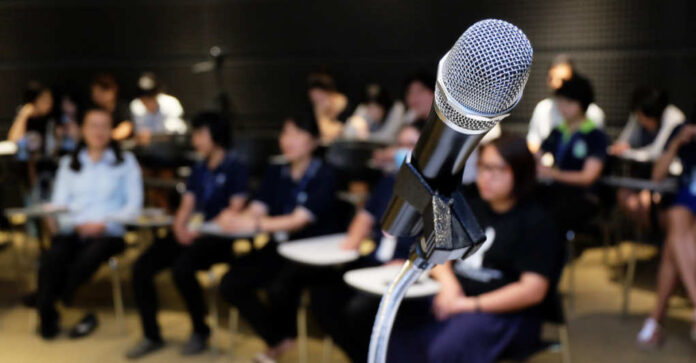 The Democratic Party thinks that they are in control of the country. They are proud that they had hijacked an election and got one of the greatest presidents in American history ousted from being able to continue to make America great. And ever since that day, the lesser-known Democrats around the country have boldly stepped out with a passion for perverting the country with their poisonous ideology.

The battleground that they have chosen to spew their poison is the public school system. They know that if they can get to the children and brainwash them early enough, they will have the next generation of voters to make a stronger push for a socialist America. The problem with their methods is that they try to take too much away from the parents, which ends up tearing them down.

Many school districts did away with in-class learning and forced students to stay at home. And when the time came to come back to class, the school unions got involved and started making unreasonable demands. Local school boards came under the impression that because a near socialist was now sitting in the White House, they had the authority to start mandating what students had to do to learn.

The nasty little Democrats took control of the learning environment and held the youth hostage so they could get what they wanted. And when things finally settled down, the school continued to enforce mask mandates on the children because the liberals thought they could take that choice away from the parents and make it for them on behalf of their kids.

But when parents fight back, there are going to change. The Democrats have no right to sit in their school board chairs and tell parents that they do not have the authority to dictate what their kids can do in school.

The school board in West Chester Area School District in Pennsylvania would find out that they had pushed too far as a judge would order five of the school board members to vacate their seats immediately for breaking the law and enforcing things that they would out of their league to deal with.

Beth Ann Rosica is the executive director of Back to School PA. Newsmax reported that she runs “a political action committee that supports reopening schools, made the argument that under the Pennsylvania school code, districts have no authority to require students to wear masks.”

The Pennsylvania Supreme Court ended all mask mandates for schools by ruling they were all unconstitutional. But the rogue school district decided that they were above the law and would keep their mask mandate in place for as long as possible.

Robert Sokolowski is the superintendent, and he stated that “The removal of the board members named in the petition was a ‘procedural result’ and did not address any of the allegations made in the complaint. Special counsel to the district is in the process of preparing a substantive response on behalf of those school board members named in the petition.”

The judge ordered that the school district has a week to find replacements. The ruling shows that defying the law is not a good idea. The Democrats think they are above the law and do not have to listen when laws are passed. These five school board members found out that the same laws bind them as everyone else.

The ousting of liberals has started in America. Voters are taking to the polls to get rid of the trash and put Republicans in place because they care about people. They know that an elected official is to serve and not rule.