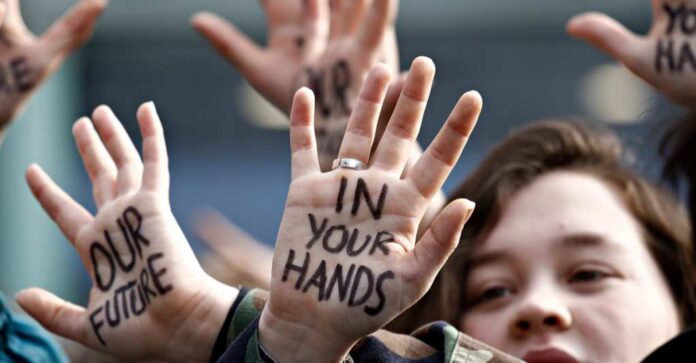 Joe Biden thinks that he has all of the answers for America. The problem is that he doesn’t want to listen to what Americans want.

Biden is only listening to the far-left. They are the climate change crusaders who believe that the top priority in the nation is working to improve the climate – you know, the climate that is going to change whether we do things about it or not.

Part of the climate change plan that the Biden administration wants to shove down everyone’s throats includes spending massive amounts of money. It also involves trying to get everyone to spend more money on electric cars, even though the average American can’t afford such a price tag.

Oh, and there are plenty of other climate change plans, too. And none of it is helping people right now.

The reality is that Biden is falling out of favor with even those who voted for him in 2020 because they don’t like his climate change proposals. People don’t want to be told to buy electric cars. They want to be able to afford the gas that’s needed to fill the cars they have right now.

According to a recent poll performed by the Committee to Unleash Property, only 13 percent of those who responded said that climate change was the most pressing issue that we face in the U.S. right now.

The reality is that there are a lot of pressing issues right now – and climate change isn’t even ranking in the top five for most people.

If the Biden administration would bother to listen, they’d find out that people want job security, food security, and affordable gas prices. They want the police departments to be funded and know with confidence that criminals will be locked away.

We saw how Biden caved to the environmentalists within a week of getting into the Oval Office. We had become energy independent as a nation under former President Donald Trump. Then, with a few quick signatures, Biden closed the Keystone XL pipeline and got us back into bed with OPEC. And as a result, most of the world is laughing at us.

There are some positive things that come out of climate change legislation. However, those things take time. Those are goals for 5, 10, 20 years from now. Right now, though, we can’t just abandon every type of vehicle that requires gas. And we can’t spend trillions of dollars on issues that may or may not help the planet when there are so many other issues that need the money more.

Why is it that we have to even have this debate? Why can’t Biden see that this issue needs to be dropped down on the priority list?

Imagine if people voted based solely on the issues. We take the parties out of it. We take the names and the faces out of it. C’mon, America: do you want the candidate who is going to push a climate agenda at you or demand affordable domestic energy? Obviously, the latter…and that meant we would have had Trump in office still. We have to do better in 2024 so that we can stop letting the liberals trick us into voting for candidates who aren’t going to help the country.