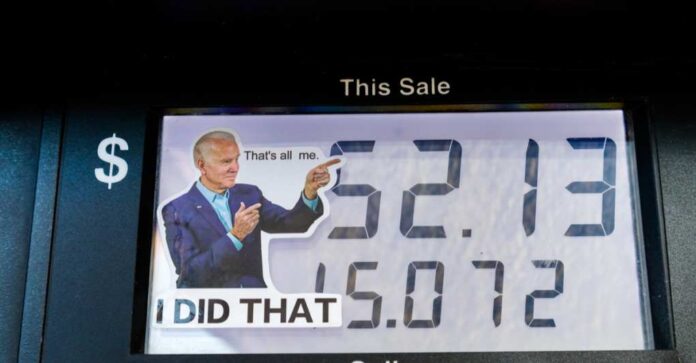 No matter what happens in your day, there are three things you can count on: death, taxes, and the Biden administration trying to find the hardest solution to the easiest problems. With the current issues from the conflict in Ukraine, the global market for many products has become incredibly unstable. Oil is the one most people think of, but the wheat and other grain products both Russia and Ukraine contribute to are not being planted.

This lack of planting for the spring season will certainly cause some ripples in the world economy. While American farmers who have been previously paid not to produce their crops might be able to fill that niche, it’s a temporary patch, and not likely to prevent at least some price gouging. Yet, oil stands in the way as a possible reason for them to explain away a price hike as well.

Removing oil from the list of concerns with the Biden administration is something that would be an excellent achievement. Yet, with each passing day, this seems like a much more difficult task. And yet, Biden could do something if he tried. Now, he is claiming that he wants to do something about the gas prices. He’s looking from many angles, but not the right one.

Jeff Stern is a senior political writer for the Washington Post. Speaking with CBS News, he described the situation in detail. “This is sort of a five-alarm fire at the White House — they are extremely intensely concerned…High gas prices are one of the most salient political issues. People see it every day; they feel it in their pocketbooks; it affects a president’s approval rating quite dramatically.” Since the fire is burning, the ideas should be flowing rapidly. Not so fast there.

The biggest problem they are having is how people are explaining the fuel prices. While many cite inflation as the country’s biggest problem, they are using it as an excuse to justify the skyrocketing prices at the pumps. As grateful as Biden is that this is keeping him from being blamed more, it’s not as accurate as it should be.

Given the fact that oil companies are turning out massive profits in the wake of Russia being shut out of oil production, these companies are turning bigger profits than ever. Considering oil is dropping in price, but gas is remaining high, it doesn’t make much financial sense. With many seeing their revenue increase by 50% or more, it is important to note that these numbers are also indicative of being compared with a time when many states were in semi-lockdowns. So, they don’t exactly tell the whole tale in one solid swoop.

What does tell the tale is the idea of eliminating the national gas tax or tapping even further into the strategic reserves. Both moves could end up backfiring in Biden’s face greatly. The gas tax is the main source for the Highway Trust Fund, which maintains American roadways. This is another step away from fixing the problem as that tax is only 18.5 cents; more room for oil companies to make more profits.

The other big idea of climbing into the strategic reserve could have the potential to backfire should Iran or another large oil-producing country want to start rattling their saber. Having that backup is a huge help when the world goes sideways unexpectedly. Given the current makeup of global leaders and their quests for dominance, it is more likely than ever.

Biden could solve this though by simplifying the requirements for oil leases and turning the Keystone pipeline project back on. The prospect of that oil flowing and the people working on that job created a massive release valve for the price of oil. Getting these two back to how they were before Biden hit office would plummet the cost at the pump. Especially with his other ideas thrown in there, too.