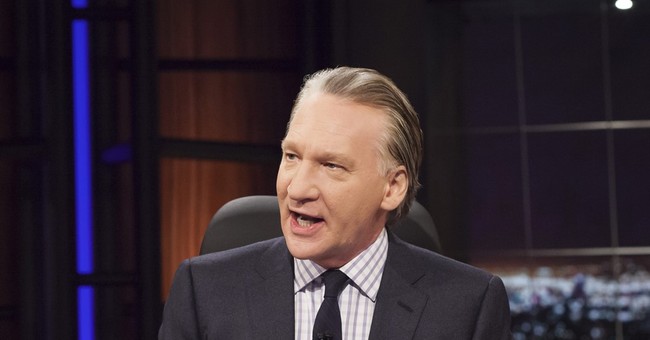 There is no doubt that comedian Bill Maher is a liberal. But one of the things that makes him interesting is that he can see the hypocrisy on the left, and he’s not shy about calling them out when he sees it.

While the media covered what Maher said on Friday about the infamous “slap” by Will Smith and his wife’s alopecia, there was another subject that he covered that didn’t get as much attention from the media — and it’s obvious why. It was because he spoke about the Hunter Biden scandal. Not just everything Hunter did and the question of influence peddling, but the scandal of the media trying to cover it up. They didn’t want that out there before the election, because it didn’t help the narrative they were trying to push about Joe Biden.

The liberal media were all-in, trying to promote the image of nice, old Joe Biden, who’s going to bring back “norms” after President Donald Trump had so offended them with his mean tweets. So, they wanted to suppress anything that could shoot down that fiction. Videos of a son smoking crack, emails about “10 percent for the big guy,” and talking about possible blackmail from Russians with a prostitute could certainly destroy that image.

Now, yes, we in conservative media have heard the details of the scandal before. Should Maher have gotten all this before? Sure. But unless he was reading conservative media, he wasn’t hearing any reality — when it came to the laptop — from the liberal media. And he isn’t a journalist. It was the responsibility of the liberal media to be truthful and do their job. They refused to do so. But the more people that come to reality on the subject, the more possibility of having the issues addressed, and he can reach liberals who up to this moment have only heard that the laptop is “Russian disinformation.”

I remember reading about this a couple of years ago, the New York Post came across… Hunter Biden’s computer, which he left at a computer repair store. I didn’t even know they existed. And if anyone should not leave his computer with other people, it would be Hunter Biden just for the personal stuff,” Maher said. “But it also had stuff about how, you know, c’mon, he’s a ne’er-do-well. I’m sorry, Hunter Biden, but you are… You made a living being ne’er-do-well who was taking money just because you were the vice president’s son and you had influence.”

The HBO star conceded that the laptop story should have been taken with a “giant thing of salt” since the New York Post retrieved it from Trump allies Rudy Giuliani and Steve Bannon, but “not two years.”

“It looks like the left-wing media just buried the story because it wasn’t part of their narrative and that’s why people don’t trust the media,” Maher said.

Bingo. Also good for pointing out how Twitter locked the account of the NY Post and prevented the story from being spread. That’s a part that liberals need to hear and still aren’t getting even, with some of the outlets now admitting the laptop is real. Maher has learned a lot about the media over the past couple of years; you can see it in how his coverage has changed and how he now has no more patience for this kind of thing from the liberal media. He’s evolved after rejecting the Democrats’ radical move to the left.