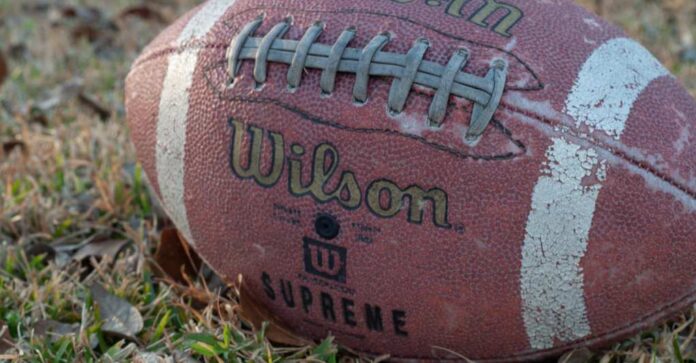 When we talk about sports in America, it doesn’t take very long to realize that in today’s day and age, they are pretty diverse. In fact, sports teams, both professional and otherwise, have some of the highest diversity ratings of just about anything else in the nation.

However, the same apparently cannot be said of coaching positions, at least not in the National Football League or NFL. And so the league is making a new rule to change that.

On Monday, the NFL announced that from here on out, all 32 professional teams must hire at least one minority offensive assistance coach for the upcoming season.

The idea is to eventually create more minority head coaching positions, as very few current head coaches are anything but white. Basically, it’s an expansion of an already existing rule known as the Rooney Rule. Named for the late Pittsburgh Steelers owner Dan Rooney, the original rule was put in place in 2003 and required that all NFL teams openly interview minority candidates for various open positions as staffing allows.

However, the expansion requires that they not only interview minority candidates but also hire them, specifically for assistant coaching posts.

As Art Rooney II, the son of Dan Rooney and current chairman of the NFL Diversity, Equity and Inclusion committee, like his father before him, says, “It’s a recognition that at the moment when you look at stepping stones for a head coach, they are the coordinator positions.” And apparently, not many of those are part of a minority.

“We clearly have a trend where coaches are coming from the offensive side of the ball in recent years, and we clearly do not have as many minorities in the offensive coordinator (job),” Rooney says.

According to the league, teams that already have a minority assistant coach can use that to count towards this mandate. Women also count as a minority.

Naturally, adding more diversity to any industry or department is good. However, doing so in this manner does create a series of problems.

Firstly, it goes directly against one of the main statutes of the Rooney Rule itself, which demands that “candidates have the opportunity to prove they have the necessary skills and qualifications to excel.”

But how are some candidates going to get this opportunity when the new expansion demands that their skills and qualifications come in second to the color of their skin?

Say, for instance, that a white man and a black man are both applying for an NFL assistant coaching position and have made it to the final round. Let’s also say that the black man is just a little less qualified than the white man. But because he was one of the only black applicants, his name was immediately put on the shortlist, and will most likely be offered the job.

By forcing teams to hire based on skin color first and skill second, the NFL is basically telling anyone of a minority that they are somehow less worthy. But, because rules demand it, they’ll be given a shot anyway. Instead of being able to prove their abilities, minorities hired in this manner will always have to question whether it was their qualifications or just their pigmentation that got them the job.

Secondly, it lines the NFL for a number of failures.

Let’s stick with the example above and say that the team does, in fact, hire the black man regardless of the fact that the white man is more qualified. Then let’s say, because of the new coach’s lack of experience or skill, the team then begins losing. The team would have little choice but to eventually fire the black coach and hire someone else, possibly the white man who came in second to him.

Can you imagine how many woke establishments and outlets would cry “racism” then?

Basically, it’s just creating a cycle of failure, both for teams and the minority coaches they hire, whether they are actually qualified or not.

Furthermore, it’s just plain racist. I mean, what would the woke say if the rule was that teams had to hire at least one white assistant coach? This rule is no different, and yet the liberal left can’t seem to see that.