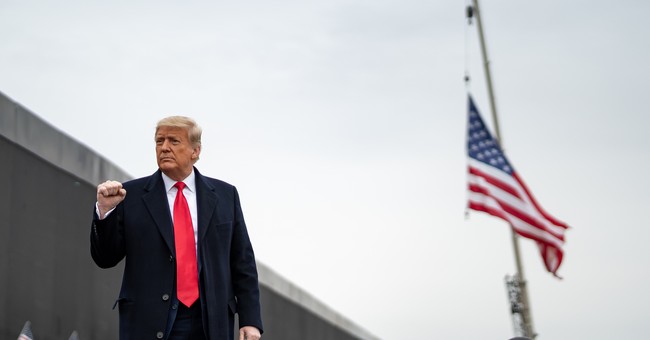 On the campaign trail, Candidate Joe Biden vowed not to build another foot of the border wall, and once installed in office, he swiftly halted construction. It did not take long after that for illegal immigrants, along with the drug and trafficking cartels to begin overrunning the border. RedState has been following the Biden Border Crisis, the increasing influx of humanity, and the administration’s faulty, deceptive, and piss-poor response to handling it.

RedState has also reported on the demands from law enforcement, border cities, and politicians that Biden finish the building of the wall that he suspended in January. Several border states are suing the administration for its poor handling of this crisis, and 20 GOP Governors signed a letter insisting Biden stop funneling illegal immigrants across the border and into their cities.

It looks like that increasing and continual pressure has paid off:

BREAKING: @FoxNews has confirmed via the U.S. Army Corps of Engineers that construction on a 13.4 mile stretch of border wall in the Rio Grande Valley will *RESUME* after pressure from local residents & politicians.

The Biden admin previously halted all wall construction in Jan.

My colleague Brandon Morse created this very informative video on just how bad it has gotten. Let’s hope the reboot of the wall construction will work toward stemming the tide.