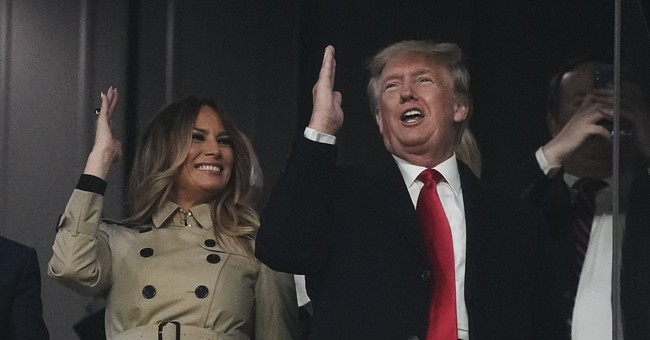 Who could have possibly predicted this? Well, I did, and we’ll get to that in a minute, but first the background.

Some days ago, CBS News ran a “BREAKING” report asserting that there were gaps in the White House telephone logs from January 6th. The story centered on two assertions: One, that the Trump administration had altered the call logs, and two, that the then-president had used a burner phone during the time period in question. From there, the implication was made that those actions were taken to cover up an organized insurrection being directed by Donald Trump.

Now, if you read RedState, you may be aware of a similar story that dropped a few months earlier. Back in February, the January 6th Committee started leaking about a major revelation involving gaps in the White House’s phone records. Yet, if you read past the hysteria at the time, what you would have found is that there was no actual gap. Rather, calls were being made on the phones of staffers and other phone records reflected that.

With all that in mind, here was my response to CBS News’ big bombshell.

Sure enough, I was right. This is simply the same story The New York Times tried to push almost two months ago repackaged with some of the wording changed. How do I know? Because even CNN was forced to admit on Thursday evening that the White House call logs are actually complete and accurate.

Note that your intellectual betters in the mainstream press are so vapid that they didn’t bother to consider that the “gap” was simply a result of a fairly rudimentary system (you can get one for your own house) that uses a landline to connect to a cellphone, thus allowing Trump to pick up the landline at his desk after Mark Meadows (or whatever staffer) dialed a number for him on their cellphone.

Of course, the usual suspects fell for this hook, line, and sinker.

To summarize, there is no actual gap in the White House call logs. Trump was using the phones of staffers because that’s what presidents do. They say “get this person on the phone for me” and then take the call. Further, the January 6th Committee already has those other call logs as well, which makes this attempted smear all the more ridiculous and brazen. Lastly, it shows just how little the January 6th Committee actually has. They keep having to go back to gambits of false insinuation via incomplete leaks instead of just producing actual evidence to support their theory of a Trump-organized insurrection.

So how does the media keep falling for this? That’s a question better answered by accepting that they aren’t falling for anything. No lessons are learned because no lessons want to be learned. The lies are deliberate.