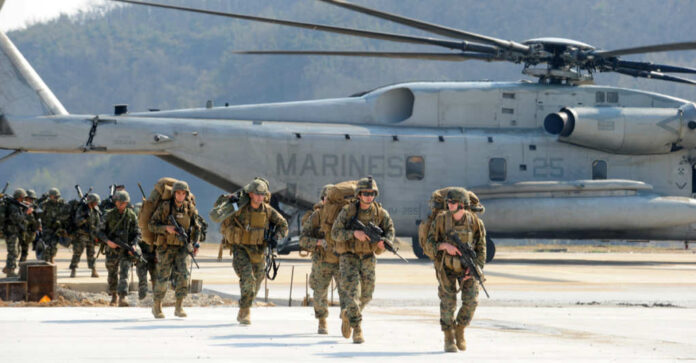 No matter what America does, our troop’s presence will never leave Europe. There is too much at stake by leaving the continent open and given the resources and fighting forces of many European countries, they need us as much as we enjoy being there. Now with Russia and President Putin going hilt with Ukraine, there is a grave concern that he will try and drive that attack westward further into eastern Europe. This is where we come in.

As much of Europe is involved in NATO, the agreement of an attack on one is an attack on all is something NATO takes very seriously. Thus, the US is posturing with additional troops being sent into Poland, and other areas bordering Ukraine and Russia. This kind of troop surge is made possible by having units already assigned to places like Germany, Italy, England, and the Netherlands.

Supporting these units are troops from units back in the US. Either being sent to the front directly or to take the place of troops in Europe pushed forward, these troops are ready to do the mission at hand, no matter when or where they are called upon. Now questions are being raised about the necessity of moving troops from the US over to Europe to make the mission happen there.

The main question though is about the necessity of moving such a large force in such a small amount of time. With 80,000 or so troops stationed in Europe, the augmentees have pushed that number to 90,000. The US is now looking to expand that number even further, and this looks to become a permanent idea. Considering the 12,000 that Trump tried ordering home in late 2020, the currents numbers are still less than he was in office.

Reducing the number of troops there was never something that people could agree on. While yes, it is noble and desired to have our brave men and women at home, many families enjoy being stationed there, and for many single troops, it provides the opportunity of a lifetime. Even more than that, the relationships built, and the lessons learned from European allies are enormous. From the lowest private to the four-star general commanding his last installation, the entire operation in Europe is unique to everyone who serves.

A Senior Pentagon member spoke about this increase recently on the grounds of anonymity. “There’s been no posture decisions, permanent posture decisions … there’s no serious negotiations with other nations in terms of permanent posture right now. But I think it’s safe to assume that the security environment in Europe is now radically different than it was before.” To look at a map of Europe and see the size of Russia and the size of China, this assessment is completely correct. Putin has turned Europe into a different continent, and things need to be shifted.

This all needs to be thoroughly researched and studied before moves are made. One of the biggest concerns is that Putin will feel cornered and will push the nuke button in an effort to gain back ground. The problem is that this kind of attack would potentially unleash nukes across the globe. The deterrent of everyone nuking each other is what has kept it from happening. For now, the main efforts remain coordinated on ensuring our troops are moved into place in case Putin decides he wants to keep pushing west.

As the senior official also stated “No decisions made, of course. No specific proposals debated or discussed, but the issue of what the security posture in Europe needs to look like long-term is being discussed… Right now our focus is on whether or not there needs to be additional temporary deployments to shore up the eastern flank given, what’s going on in Ukraine.”