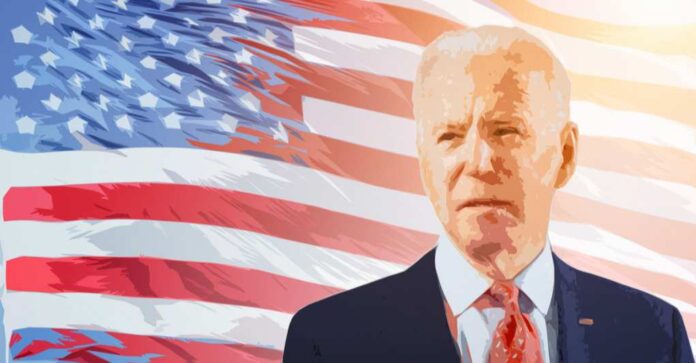 It’s no secret that the price of gas is on the rise. We are seeing higher and higher prices, with some areas seeing as much as $5 or more per gallon at the pump. It’s also no secret that Democratic President Joe Biden and his ilk are to blame for the rise.

Of course, he won’t admit to it. When asked about the increased price of both gas and crude oil, he naturally pointed the finger at Russia, which supplies about 10 percent of the United State’s oil.

And to be sure, Russia most certainly plays a part in why gas prices are on the rise. Since the nation decided to invade Ukraine against their better judgment, the U.S. and others have placed rather heavy sanctions on Russia and nearly all of their exports, including oil. Naturally, this has forced the nation to raise its prices, thus increasing the price of gas here at home.

However, as just about anyone can ascertain, Russia alone is not to blame. In fact, they only play a small part in the rise of gas prices, particularly when you look at how those prices have risen over the last 15 months or so – you know, for as long as Biden has been in office.

Biden might want to blame Russia, but the fact of the matter is that gas prices were well on their way to the out-of-control state we see today long before Russia invaded its neighbor and long before those sanctions were placed.

And a report published by the Republican Study Committee (RSC) just proved it.

In fact, according to the study, Biden has made no less than 81 moves against the oil and gas industry, and each of them has helped to contribute to rising prices at the pump.

Remember on day one in office when he issued a Climate Change Executive Order that required “agencies to review and revoke Trump’s pro-American energy rules and actions throughout the executive branch?” On that same day, he also canceled the Keystone XL pipeline, revoked Trump policies that decreased regulations on federal lands, and issued a moratorium on oil and gas leasing on federal lands.

And his actions against the industry continued throughout the next several weeks. He required those same agencies to begin making moves to achieve “carbon neutrality” by 2025, as well as issued another moratorium, this one against oil and gas leasing on public lands.

Before these changes were made, gas was recorded to average about $2.38 per gallon of regular unleaded. By February 22, 2021, after these changes went into effect, gas had already shot up about 25 cents to a national average of $2.63 per gallon.

Biden’s plan continued by signing the American Rescue Plan Act in March. This included a $50 million slush fund to fight “environmental justice” and another grant of the same amount for the Clean Air Act aimed at ending “pollution-related activities.”

Fast forward a few more weeks, giving time for these policies to be put into effect, and we say gas prices hit $3.00 by mid-May.

Shortly afterward, Biden issued a proposal to increase taxes on oil and gas companies by some $150 billion. And the attacks just kept coming, such as the idea to “incorporate the green agenda into as many guidance and policies as possible” in September.

Additionally, the U.S. Department of Labor, Department of Agriculture, and Department of Energy announced their own similar plan, each promising to encourage “green” energy and not fossil fuels.

Then came the proposal of Biden’s Build Back Better plan, which would have included things like another $13 billion tax on crude oil and increased royalties for oil and gas production, and an $8 billion tax on companies who produce, transmit, or even store oil and gas.

Luckily this didn’t go through, so gas actually went down a few cents.

Of course, it didn’t last long, as Biden was quick to make other moves against fossil fuels, such as invoking the “social costs of carbon” and pausing all new oil and gas leases on federal land. By February, gas was up to $3.44 a gallon.

When Russia invaded Ukraine, it was up to $3.53 per gallon.

Now, with even more changes in fossil fuel policy, gas is averaging $4.25 a gallon.

So. how isn’t this Biden’s fault, again?