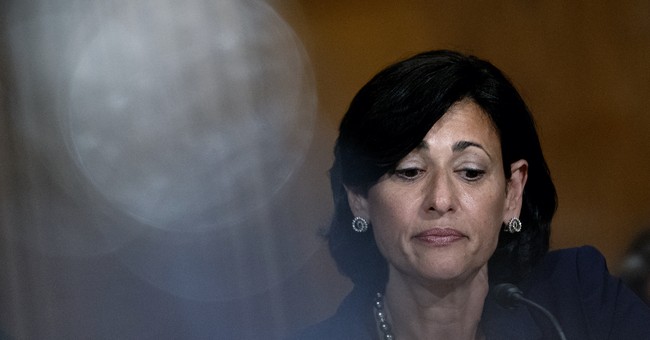 If only Joe Biden had lived up to all his campaign promises as assiduously as he has the vow to make his the most union-friendly presidency in history.

On Wednesday, Republicans on the House Select Subcommittee on the Coronavirus Crisis released incontrovertible evidence that officials within the federal Centers for Disease Control (CDC) — which holds itself up as the dispassionate voice of hard science — coordinated the agency’s guidance on reopening schools to in-person learning with the nation’s two largest teachers’ unions.

According to Fox News:

“In the interim report … Republicans wrote that emails between the American Federation of Teachers (AFT), the White House, and the CDC showed that the AFT’s ‘cozy relationship with the Biden administration’s political leadership at the CDC positioned the union to impose line-by-line edits’ to the reopening guidance, despite the CDC’s ‘past practice to keep draft guidance confidential.’ “

The report also exposes how the administration brushed aside similar revelations when emails surfaced last October revealing that AFT and the National Education Association received a copy of the CDC’s recommendations before they were released to the public.

In fact, union operatives were not only informed about the CDC’s deliberations but were given a role in helping to formulate its final conclusions. According to the report, AFT’s senior director of health issues, Kelly Trautner, emailed CDC Director Dr. Rochelle Walensky asking her to insert the line, “In the event high-community transmission results from a new variant of SARS-CoV-2, a new update of these guidelines may be necessary.”

While completely outrageous, the allegations should come as a surprise to no one who has watched carefully as the president has all but elevated organized labor to the status of government’s fourth branch.

Among the other lowlights of Biden’s single year in office, the president:

fired Peter Robb, the Trump-appointed general counsel for the National Labor Relations Board, immediately upon taking office despite Robb’s four-year term not having been completed;
unveiled his Protecting the Right to Organize (PRO) Act, which would hand organized labor a veritable Christmas list of goodies, including the elimination of right-to-work laws for private-sector unions in 27 states;
proposed an infrastructure funding bill littered with provisions that designate seats for labor union officials on boards, advisory committees, and working groups; requirements that grant applicants collaborate with labor organizations; mandates that federal agencies and grantees consult with labor unions on infrastructure plans; funding for union training programs; and wage requirements based on union pay; and
expanded the COVID-relief “loans” to unions originally ineligible to receive them.

Again, that an administration unembarrassed to hand its union benefactors the key to the treasury should be caught red-handed allowing them to write actual policy is hardly surprising.

But knowing what we now know about the devastating effects inflicted on school children in terms not only of learning outcomes but also their physical health during the two-year, Biden-encouraged school closures, this latest effort to subjugate hard science to grubby political science should still retain its power to appall and infuriate us.

Ashley Varner is Vice President of Communications and Federal Affairs at the Freedom Foundation. www.FreedomFoundation.com