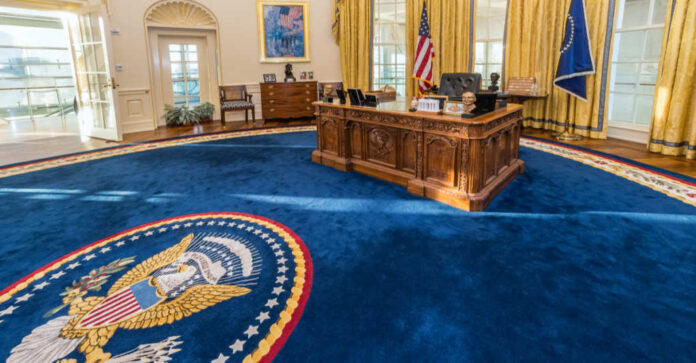 President Joe Biden campaigned on the idea that he followed science, and he has given his science office unprecedented access to the Oval Office. He has also granted those over science in his administration a great deal of power and what his staffers have described as an “unusual level of influence.”

What most people don’t realize is that one person from outside of his administration has played a significant role in shaping the White House Office of Science and Technology Policy. Eric Schmidt is a multi-billionaire and the former CEO of Google. Through his foundation, he has continually been a private mover and shaker with this office for more than a year.

There are more than a dozen officials in the White House science office who have been associates of Schmidt. Some working for Biden have been and are currently employed by Eric Schmidt. The former Google CEO has kept a close relationship with Biden’s former science advisor, Eric Lander, as well as some other of the president’s appointees. And get this Schmidt’s charity called Schmidt Futures basically paid the salaries of two of the science office employees. This charity even paid the former chief of staff, Marc Aidinoff, who is right now one of the most established officials in the office since Landers resigned.

Why is this a concern?

Eric Schmidt has for some time wanted to influence federal science policy. He kept close times with President Obama’s administration. Schmidt set the mission of his charity to “focus and mobilize these networks of talent to solve specific problems in science and society.” And by funding positions in the White House administration, raised a number of red flags from watchdog groups that look for conflicts of interest.

Allowing the science office to have an outside charity pay salaries of White House staffers produces ethical concerns for the Office of Science and Technology Policy (OSTP). Schmidt has definite financial interests that certainly overlap with OSPT responsibilities, according to Rachel Wallace, a former general counsel for the science office.

Schmidt is a member of several boards of technology companies with some of them focused on artificial intelligence. He has a 20% state in the hedge fund DE Shaw, he has a place on the board of Rebellion Defense which is a defense contractor focused on AI defense. He is an investor in Abacus.AI and just this month became the chair of Sandbox AQ, a new company that will join together AI with Quantum tech and focuses on solving problems impacting society.

Many of the most blurred lines due to his influence is how Schmidt helped launch and sits on the board of Civis Analytics. This data science company helped Democratic campaigns including Biden’s 2o2o presidential effort. They focused on targeting both consumers and voters.

Former general counsel, Rachel Wallace, lodged a formal complaint against her boss Eric Lander. The White House found “credible evidence” that he bullied Wallace and violated workplace standards of conduct. Wallace believes that the treatment she received was due to the ongoing ethical objections she saw between Lander’s plans and funding from organizations connected to Eric Schmidt

“I and others on the legal team had been noticing a large number of staff with financial connections to Schmidt Futures and were increasingly concerned about the influence this organization was able to have through these individuals,” Wallace said.

She is now being represented by the Government Accountability Project as a whistleblower.

The White House has responded to this issue by saying that there was nothing unusual about their connection to Schmidt and that they handled ethical issues promptly and properly.

They’re still a good bit of smoke around these players, and where there is smoke…