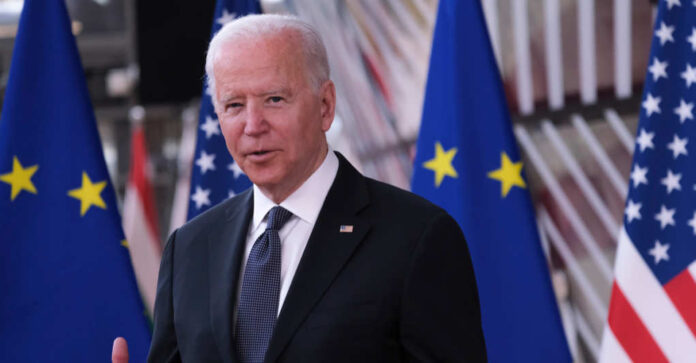 Biden signed a significant number of executive orders the moment that he got into office. It’s as if he was under a deadline to reverse as much Trump-era legislation as possible.

There’s a problem with executive orders, though. It takes Congress out of the equation. It upsets the checks and balances that are in place. It allows Biden to make all of the decisions for the country without any of the state representatives coming forward and objecting.

One of the reasons why we have so much division in our country right now is because Biden continues to refuse to use Congress. He’ll just pick up his pen and use an executive order. They’re faster, and they don’t require Congress to have a discussion and pass anything formally.

The progressive left LOVES when Biden uses executive orders because they know that they can apply a little pressure on the weak president and get their way.

Ilhan Omar tweeted “Want to know all the actions President Biden can take on climate, healthcare, student debt, childcare, immigration, racial justice, and worker simply by lifting a pen? The Progressive Caucus has done the research and has you covered.”

This tweet should terrify you. Is it really possible for Biden to circumvent Congress on all of these issues?

Executive orders have to be followed just as a law. They can be lifted easier than a law, however. And they are still subject to lawsuits by members of Congress (and SCOTUS) due to an overreach.

Biden has been accused on countless occasions of overreaching because he’s used the executive order more than he’s leaned on Congress to accomplish anything.

This is a man who promised unity. Yet, he won’t work with Congress in order to achieve the unity that he claims that he wants.

And since he’s not willing to work with Congress on these issues, it means that the Representatives and Senators that we voted into office are unable to have a civil discussion and let the will of the people be heard.

Our country is supposed to be a democracy. The voice of the people needs to be heard. But Biden isn’t listening to us. And the progressives don’t care what we want.

Ilhan Omar and the rest of the progressives believe that the best way to secure their positions through the midterms is to make sure that their campaign promises come to light.

They’ve promised their constituents such things as student loan forgiveness – and if Biden would just pick up his pen to cancel all of the existing loans, it would make millions of Americans happy. Forget about the economic fallout if billions of dollars of loans are simply canceled – they just want the votes.

The GOP is more fiscally responsible than allowing the cancellation of student loans. And it’s why they haven’t already canceled them. It’s also why the progressives know that Biden can’t work with Congress to move forward.

And the same goes for all of the other progressive issues.

For Omar and others to continue to pressure Biden to pick up his pen goes against everything the U.S. stands for. But, then again, that’s the problem with the progressives – they want to change everything about the U.S. so that they remain in control forever.