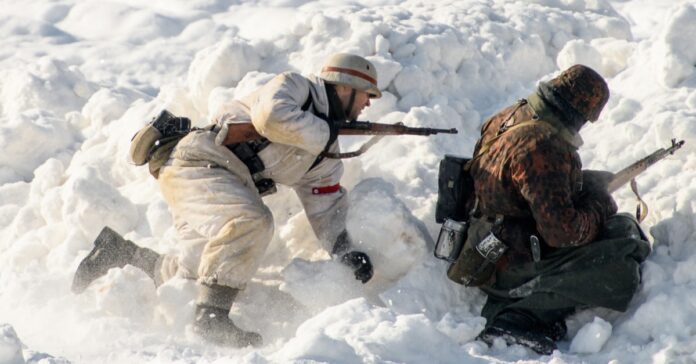 At an estimated 40,000 and still climbing, in less than one month, Russia has had six times the number of military casualties than the U.S. did during 20 years of fighting in Iraq and Afghanistan. The losses haven’t been for a lack of weaponry or manpower. They’ve been the result of poor strategic planning and unmotivated soldiers who were fooled into thinking they’d be conducting a field exercise and would be home in a couple of weeks.

Russia began the invasion with 190,000 of its ill-trained troops who have since been joined by fighters from Syria, Chechnya, and other pro-Russia locations. The Russian tabloid Komsomolskaya Pravda recently cited the erroneous number of 9,861 as having been killed and another 16,153 as being injured. The article was quickly taken down and republished without the casualty rate.

As the fighting escalates, NATO Secretary-General Jens Stoltenberg made sure the Russians knew about the “hundreds of thousands” of NATO soldiers on high alert and ready to jump in at a moment’s notice. If NATO’s allied troops get the green light the U.S. will be forced to participate and all hell will break loose.

“NATO has acted with speed and unity to protect and defend all Allies,” he said. “There are now hundreds of thousands of Allied troops at heightened readiness across the Alliance. One hundred thousand U.S. troops in Europe and 40,000 forces under direct NATO command, mostly in the eastern part of the alliance, all backed by major air and naval power, including five carrier strike groups in the High North and in the Mediterranean.”

If NATO goes in, they could finish the job rather quickly provided China sits back and lets it happen. Should they decide to come to Putin’s rescue, it could be the end of the world as we know it as nuclear long-range missiles disintegrate everything in their paths. As of now, China remains an unknown variable but warrants close observation.

Stoltenberg laid out the initial phases of the plan. “The first step is the deployment of four new NATO battlegroups in Bulgaria, Hungary, Romania, and Slovakia, along with our existing forces in the Baltic countries and Poland. This means that we will have eight multinational NATO battlegroups all along the eastern flank from the Baltic to the Black Sea.”

The Ukrainian military said it intercepted a call from a Russian officer whose forces were invading the city of Mykolaiv. The officer said that over half of his troops were suffering from frostbite and were worthless.

The officer went on to say how the soldiers were having a difficult time hauling out their dead and how there still were not enough tents to go around for those who hadn’t, as yet, been killed but stand a good chance of dying if they don’t get what they need quickly.

“We’ve picked up some indications that some of their soldiers are suffering from frostbite because they lack the appropriate cold-weather gear for the environment that they’re in,” Stoltenberg said. “They haven’t — in addition to food and fuel, even in terms of personal equipment for some of their troops they’re having trouble, and we’ve picked up indications that some troops have actually suffered and taken out of the fight because of frostbite.”

What we do know is that Russia’s military forces can’t bite nearly as hard as Putin can bark. But since they won’t stop obeying their master’s commands, NATO may have to go in and put them down. And if the dragon remains asleep and chooses not to assist the Russian dogs as their tucking tail, NATO troops will destroy the entire kennel.