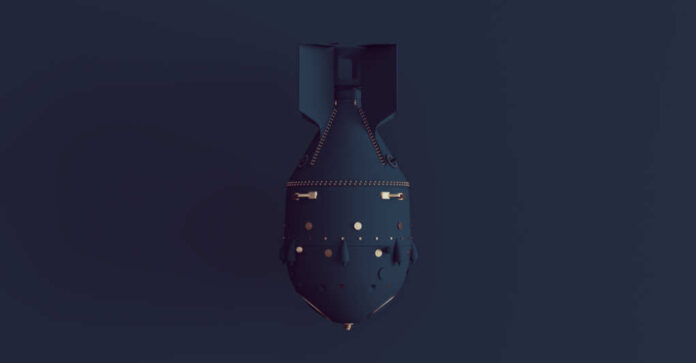 As much as the world likes to worry about the threat of nuclear warheads being used in modern warfare, the idea has always been dropping big bombs. Making massive impacts with widespread destruction that not only wipes out an entire lineage of history but severely alters the next few generations of children. This idea is as old as time, but it’s not as realistic these days, as most nuclear-equipped countries have agreed that they all won’t be the first to start throwing nukes around.

However, there is an alternative that most have not considered. One that should seem very obvious given the global propensity of making things smaller and more portable, is mini-nukes. After the bombs dropped on Hiroshima and Nagasaki the US and Russia raced to get even bigger and better. With Russia devising a bomb 3,000 times more powerful, and the US getting to 1,000 times the power of those bombs, the assurance of mutual destruction has kept both sides from pulling that trigger.

Now with the advances in warfare, they have devised much smaller and more precise nukes that either side could deploy. While the threat imposed from these attacks is much smaller, the threat is still very real, and it could get more realistic as the conflict in Ukraine threatens to spill over into Poland. The biggest fear is that if Putin feels cornered, he will have little reason not to press that button and break the 76-year nuclear silence.

lrich Kühn, a nuclear expert at the University of Hamburg and the Carnegie Endowment for International Peace offered his opinion of the potential use of nuclear warfare from Russia. “The chances are low but rising…The war is not going well for the Russians, and the pressure from the West is increasing.” This warning might seem minuscule in impact, but the idea behind it is very real and very destructive. As most people know a caged animal will lash out, and the west has effectively caged most Russian businesses. An economy without income is doomed to fall.

Given the attitude of not caring about their troops but only caring about the results of their attacks is one that Putin has been putting on full display for all to see. His attacks on nuclear power facilities with not just small arms but rockets showcase a deep desire to win at all costs. As many Russian soldiers who surrendered at the drop of a hat proclaimed, there have been little to no resupplies, and they were not prepared for the mission they undertook.

Putin took the people of Ukraine incredibly lightly. This attitude has been reflected in the views and actions of his military leadership. It’s one that many have picked up on around the globe, and for the Russian people, it is not sending a message of strength. Then again neither are the frequent protests by the Russian people against the attacks on Ukraine.

James R. Clapper Jr is a retired Air Force General. He served as President Barack Obama’s director of national intelligence and has done extensive research on Russia. Given their aggression against Ukraine when Obama was President, he has seen in-depth just how poor the decision-making of Putin is. He spoke about the attack on the Zaporizhzhia nuclear reactor site, which is not only the largest in Ukraine but all of Europe. “They didn’t care… They went ahead and fired on it. That’s indicative of the Russian laissez-faire attitude. They don’t make the distinctions that we do on nuclear weapons.”

This kind of attitude means that he is willing to pay the price to inflict any damage he can upon Ukraine and its people. With these new mini-nukes, Putin now has a reliable and direct way to attack Ukraine at the base of their power. To think he won’t do it is just being naïve, and it could end up being costly.