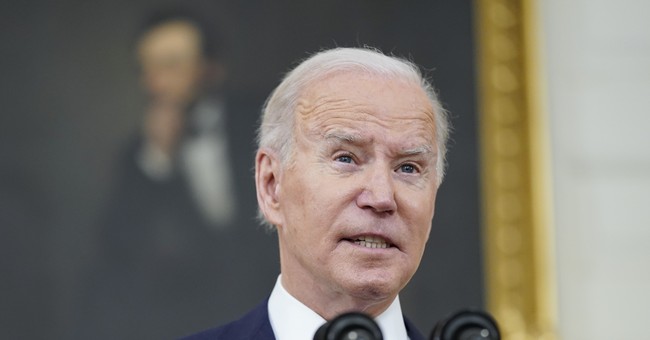 Few people listened to Joe Biden’s speech at NATO on Saturday, including the big gaffe at the end calling for regime change in Russia, and found themselves highly impressed. Ukrainian President Volodymyr Zelensky went so far as to call it “all talk,” lamenting the disconnect between the rhetoric involved and actions being taken.

But there was one group that could hardly contain their glee: America’s foreign policy “experts.” For them, the fact that Biden bumbled his way into a major policy change that could trigger a world war was actually a good thing. That the White House rushed to walk back the statement only led to a round of doubling down.

Contrary to Max Boot’s assertion, there is not actually anything virtuous about haphazardly calling for regime change regarding the world’s second most capable nuclear power (and by sheer numbers, the largest), while having no plan to carry that out nor to deal with the consequences of such a position. It is not preferable to have a president who puts millions of lives in danger in order to stroke his own ego, while cosplaying as some kind of international savior.

But Boot’s social media emoting is exactly why America’s foreign policy has been such a disaster for so many decades. To beltway dwellers such as himself, this is all a game, and nothing matters but feeding into the neoconservative framing of what is “right” and what is “wrong.” That’s how you end up with Libya as a modern day slave state and over half a million people dead in Syria in the pursuit of regime change, without those who pushed for such even considering the unintended consequences.

Despite their proclamations of brilliance, the “experts” are actually simple-minded, mediocrities who are constantly playing checkers while America’s adversaries play chess. One look at how they propagated the wars in Iraq and Afghanistan will attest to that. There’s a reason they hated Donald Trump so much. Before Trump, all you got was promoted for getting hundreds of thousands of civilians killed in poorly thought out, foreign excursions. He walked onto the national stage and represented a counter to unelected power structure they felt they were entitled to maintain.

That power structure was, of course, wholly undeserved, given the foreign policy establishment’s track record of abject failure and death. Yes, Kamala Harris has failed up in incredible ways over the course of her career, but she’s hardly the only one to have done such in Washington. The foreign policy establishment is full of careerists who couldn’t successfully place an order at Taco Bell, much less win a major conflict.

In the end, despite the “experts” laying claim to the moral high-ground, a claim that is certainly part of Boot’s ranting, morality is not actually dictated by how lofty a pre-written speech is. Rather, morality is largely dictated by what actually transpires. To use the example again, there was nothing moral about feeding into a civil war in Syria that destroyed a nation and saw the deaths of close to a million people, while gaining essentially nothing in return. Basheer al-Assad being a dictator does not excuse that, no matter what atrocities he himself has committed.

As undesirable as it may be, much of the world operates within a distinct shade of gray. Those that refuse to recognize that end up getting scores of innocent people killed for no other reason than to feed their egos. Meanwhile, they head to their second homes without a second thought for what they’ve perpetrated.

But again, for the “experts,” everything is an abstract, which is why they loved Biden’s gaffe. It fed into their misguided sensibilities-while costing them nothing. And ultimately, that’s what this comes down to. People with no real skin in the game pushing their costs onto others around the world, while showing not even a semblance of strategic thinking. That’s not morality. It’s imbecility.