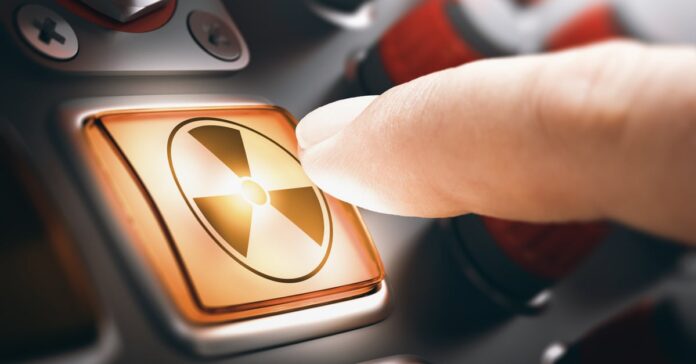 Vladimir Putin is the craziest man next to Joe Biden, and he has his finger on the big red button. Yes, that big red button. The Russian president is so crazy that he is willing to kill millions to get what he wants from his southern neighbor. Intelligence reports indicate that Putin has the mental instability needed to set off a nuclear bomb to help him win the war.

Senator Marco Rubio from Florida noted that “As you detonate a nuclear weapon inside of Ukraine depending on what it is they detonate, even in a demonstration, that would spread radioactive material that would cross borders potentially. If radioactive material blows across the Polish border, they would argue they’ve been attacked.”

If Putin sets off his bomb, NATO allies would be able to get together and take action collectively against Russia. A nuclear detonation would most certainly draw several other nations into the war and cause many deaths along the way.

Rubio is not alone in his belief regarding Putin. Tammy Duckworth is a Democrat Senator out of Illinois, and she has indicated that she agrees with Rubio. Nuclear fallout is a byproduct of nuclear weapons, and it will affect those that are thousands of miles away, which would cause Russia to be attacked on their western border. And Putin is not prepared to fight a war on two different fronts.

Rubio pointed out that “Radiation kills people; it certainly creates long-term health problems. So we’re dealing in uncharted territory at that point. The danger in this process always is that … someone will do something that they don’t consider to cross the line. But the people they’re aiming at do consider it to be crossing a certain line. And that’s how you find yourself in escalations.”

The only thing that people can conclude is the attacks on Hiroshima and Nagasaki decades ago. The crude bombs of the day killed thousands but ended a war being waged by a nation that would never surrender to any power. Those bombs were used to stop a war and not perpetuate one like Putin would love to do.

Putin pride is what is on the line. He has embarrassed himself and proven just how weak Russia has become to the world. He has suffered terrible losses in the first few weeks, and it only worsens for the man until he pulls out and gives up on his pointless campaign to control the world.

Some experts claim that Putin would fire his bomb as a warning shot for others to stay out of the way. But that fallout of the weapon would most certainly cause more problems for Putin that he has not thought through. The radiation alone would affect many Russian people and those living in the region for decades to come.

A nuclear bomb radiates the air and the ground so that life cannot live in the region until the radiation has fallen to livable levels. And even then, the medical terrors are just beginning. Think Chernobyl, but on a larger scale.

Russia fears a NATO response and knows that he needs to finish his campaign before the next American presidential election. Joe Biden can only keep America out of his way for so long before another president comes along and moves to push Russia back.

Biden acts like he is helping Ukraine in their fight, but he is too afraid to take real action because of what might happen. The “what-if” world seldom ever plays out how people think it will. But one thing is for sure: the Ukrainian people are asking for help, and no one is answering that petition.

The Ukrainian President Volodymyr Zelenskyy has survived assassination attempts on his life and is fighting with his people. He has asked for a no-fly zone to be erected over the border, but his request has fallen on deaf ears so far. He’s doing what he needs to do to protect his people…but even he cannot protect them if the big red button is pressed.