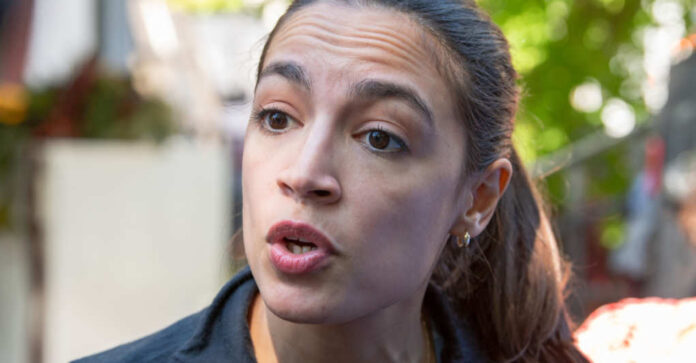 Alexandria Ocasio-Cortez has one of the largest social media followings of any member of Congress. Due to her outspoken liberal ways, she has become a celebrity of sorts – and she’s willing to use that popularity whenever she can.

She is commonly characterized by speaking first and thinking second – though it’s questionable as to whether she ever actually thinks about what she has to say. Often, it’s some of the most ridiculous claims. Shockingly, though, Twitter never flags her for misinformation.

In an effort to make socialism seem like the answer, she decided that it was time to say what she really thought…. “Most people don’t really know what capitalism is.”

Really? Most people don’t? That’s probably not too accurate. Anyone who has ever owned their own business decided to become an entrepreneur, or even choose how they spend the money that they earn likely has a pretty good idea.

For a congresswoman to insinuate that most people don’t know the meaning of the word is pretty insulting.

And many people on Twitter decided to let her know just how wrong she was.

AOC started her comments on Instagram Live. She whispered into the camera “Let me tell you a secret…” and proceeded to say that most people don’t know what capitalism or socialism is. This went out to 8.5 million of her followers.

AOC made the epic mistake of saying that a person must be a capitalist to understand the meaning of capitalism. There’s just one problem with that – one’s a noun and one’s an adjective. But, we don’t expect AOC to understand such things. She’ll say whatever she wants if she thinks that she can gain a few followers.

AOC’s convoluted way of thinking led her to explain “Most people are not capitalists because they don’t have capitalist money. They’re not billionaires.”

There are so many issues with what she just said.

Capitalism is based on the private ownership of money and people operating for profit. It has nothing to do with how much money a person has – though a person is likely to have a lot more money in a capitalist society than in a socialist society. But, the Representative wouldn’t want anyone to know that. It would completely destroy her platform.

Once her words were out, there were no take-backs. And the endless shaming and ridiculing began.

It started with many saying that her whisper to the camera was “creepy” and compared it to the common whisperings that Joe Biden does on stage. Of course, AOC thought she was being cute while Biden is simply trying to locate his sanity. Neither looks good on a politician, by the way.

Political commentator Tim Pool tweeted one of the most obvious and concerning aspects of her video: “AOC should have googled the definition of capitalist before making this video but I hope the ASMR channel works for her.”

Why is it that the Representative didn’t Google? Is she trying to deceive everyone into believing that socialism is the answer or is she truly this ignorant?

AOC did follow her live video up with a comment about how the labels of “socialist” and “capitalist” don’t matter as much as policies. Then, she went on to talk about people affording insulin and using fossil fuels.

She may actually be as ignorant as she sounds. Hopefully, at the very least, she’ll read some Twitter comments so that she can avoid the creepy whispers in the future. We’ve learned to tune out anything she has to say a long time ago.