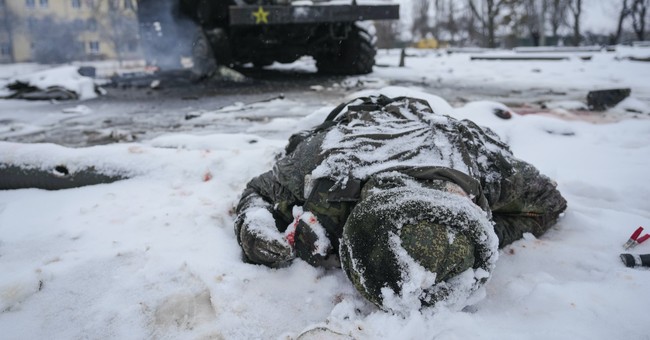 The Russian invasion of Ukraine has been underway for a little over a month, and I think it is safe to say that it has not turned out as most expected. The Russians were forecast to push aside a much weaker Ukrainian force, take Kiev in short order, replace the Zelensky government with something more stooge-heavy, and dictate peace terms.

A couple of “tells” that this was the plan. For instance, internal security troops from Rosgvardiya were in advance units of the first wave (for discussion on this branch of the Russian armed forces, read Top General in Putin’s Personal Army Is Arrested by FSB). On the morning of the first day, Russian air assault, that is, helicopter-borne, troops made an assault on Hostomel airport, about 15 miles from downtown Kiev. By February 28, the paratroopers had been eliminated, and the Russian armor that should have linked up with the airborne force within 24 hours still hadn’t gained control of the airport.

Needless to say, the Russians have reached the Mike Tyson stage of this operation, “Everyone has a plan until they get punched in the mouth.”

One of the enduring mysteries of the war is the number of Russian casualties. Neither side has been all that forthcoming about casualties, but those of Russia have the most interest. After the Ukrainian response to the invasion and the aggressive and effective operations of the Territorial Defense Force, it is fair to assume that Ukraine can continue to generate manpower. Zelensky called for a levee en masse on March 1. Contrary to what you may read, this is a perfectly legitimate action. The people responding to the call are covered by the Geneva Conventions to the extent that anyone fighting Russians is ever covered. Since then, many males who fled the country while escorting their families to safety have returned to take up arms. There are even unwilling patriots in the mix.

Likewise, there is a perception that Russia might be more casualty sensitive. This is not Stalin’s USSR, and the mothers of dead soldiers had a heavy influence on the Soviet decision to leave that country. More and more announcements like these are appearing in Russian regional media. They will have an impact.

On April 1, Russia begins inducting a new class of 12-month draftees. The draftees now in Ukraine must be released within a couple of months of April 1, or Putin must sign an order keeping them on active duty. This will change the status of his “special operation” to something that will be called “war.”

There are many estimates of Russian casualties (casualties, for the sake of clarity, are dead+wounded; this campaign has undoubtedly produced missing, deserters, and prisoners of war which could be substantial). NATO produced an estimate that looks like a wild guess. It doesn’t look terribly reliable when your upper range of deaths exceeds the lower by 100%.

In early March, the Kremlin released its first official tally placing Russian losses at 2,095 (498 dead and 1,597 wounded); see Russia Releases the First Official Casualty Count From Its Ukraine Adventure. On March 21, a Russian newspaper, Komsomolskaya Pravda, released a casualty count and quickly retracted it. This pullquote is from Number of Russians Killed in Ukraine May Have Just Leaked out – and It’s Big by my colleague Nick Arama.

Citing the Russian Ministry of Defense, the Komsomolskaya Pravda said that 9,861 Russian troops had been killed and 16,153 had been wounded in Ukraine since the invasion began. They later retracted the number and claimed they had been hacked.

Now, a month after the first tanks rolled across the Ukraine border in a landgrab unseen in Europe since September 1939, the Russian Defense Ministry has given us an official count;

Russia says 1,351 of its soldiers have died in the fighting in Ukraine, the first casualty update that Moscow has given in more than three weeks and a figure well below Western intelligence and Ukrainian estimates.

Senior military officials said in Moscow on March 25 that 3,850 Russian soldiers had been injured in the fighting, which began on February 24 when Russia launched its unprovoked attack on Ukraine.

A few things are striking about this. First, the ratio of dead to wounded is 1:2.8. This is astonishing in any army that would consider itself First World. In Iraq and Afghanistan, the US ratio was about 1:7. The Soviet Army in World War II had a 1:3 ratio. There are two implications from this. The first is that combat first aid and medevac are nonexistent. If a soldier receives a serious wound, he is dead because he will not receive treatment. The second implication is that someone was given a number of dead, either real or fake, and told to dummy up the number of wounded because the Russians might not really know that number. The staff officer stuck with the assignment decided to use WW II ratios for the sake of realism.

The numbers themselves ask several questions. The intensity of combat has not decreased since February 24. Russian troops and their Chechen mercenaries are engaged in street fighting in Mariupol. There have been offensives and counteroffensive by both sides. Based on straight-lining the numbers, one would expect the number of dead to be at least four times the March 4 casualty report. That isn’t what we have. The Russians claim their casualties/week have gone down since the first week. Given the activities we’ve seen in the past three weeks, this is improbable, to say the least.

Another curiosity is that we know with some certainty the minimum number of Russian vehicles destroyed thus far because we can count them from commercial satellite imagery. The number could be higher, and probably is, but we know the floor (enjoy the database, each of the destroyed vehicles is linked to an image). That number, as of today, was:

I could go on, but I think you get the picture. Russia has had nearly as many combat vehicles destroyed as the number of men it admits losing. If you assume the destroyed tanks were manned, there are three dead Russians for each of those because we’re seeing destroyed Russian tanks are all catastrophic kills involving the ready rack ammunition cooking off.

Each of the infantry fighting vehicles has a 3-man crew and seven dismounts. So in a very short while, any logical association of casualties to destroyed vehicles is lost.

So we can say with a great deal of certainty that we still don’t know the number of casualties inflicted upon the Russian Army; at the same time, we can also say that number is substantially higher than the Russians admit. The number of casualties only becomes an issue if it affects Russia’s ability to sustain combat operations. We’ll see how that pans out in the next couple of weeks.