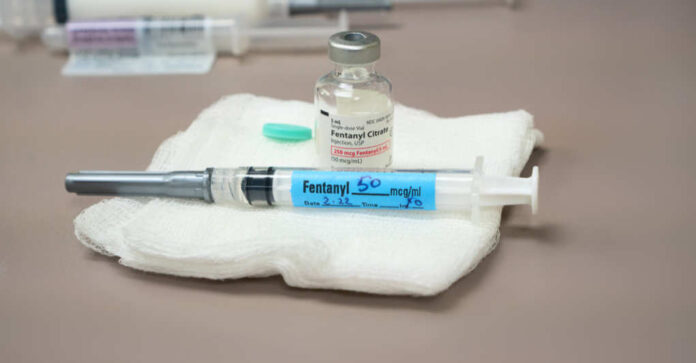 No matter how bad the fentanyl problem gets in the U.S., the Biden administration allows the border crisis to continue. We already know that fentanyl is entering at the southern border. It’s being smuggled in every day. And it’s why we’re seeing more drug overdoses across every age demographic than ever before.

And now, fentanyl has proven to pose a problem in an Ohio juvenile detention center.

In Stryker, Ohio, there were multiple people hospitalized as a result of fentanyl found in the ventilation system of the Northwest Ohio Juvenile Detention Training and Rehabilitation Center. Four juveniles along with three staff members were taken to the hospital.

Several of the juveniles reportedly collapsed. Authorities responded to the detention center reports that inmates had collapsed. After responders searched the premises, fentanyl was discovered in the air system.

Typically, in order for fentanyl to enter your system, you have to make the decision to consume drugs. While you might not know that a drug is laced with fentanyl, it’s the price you pay for consuming any kind of drug that you buy off the streets. Even vaping liquid has been found to have fentanyl inside.

Fentanyl in the air ventilation system is a whole new issue – and it’s one that could occur anywhere.

We have to stop and ask, why is this being allowed into the country? If we were to lock the border down more effectively, we could stop a significant amount of fentanyl from entering. It’s endangering the entirety of our country, and yet the Biden administration is content to turn a blind eye to it all.

There’s no telling how much fentanyl a person needs before they overdose. In some instances, it can be a person’s first and only time using before they overdose. That’s the danger of fentanyl. It’s often taking down people who are not hardened drug users. And if an overdose isn’t caught early enough, it can be lights out forever. This isn’t the kind of substance you want to play around with.

Luckily for those who were exposed to fentanyl at the juvenile detention center, they are in stable condition.

The Williams County Sheriff’s Department has identified that it is unclear as to how the fentanyl entered the ventilation system. Juveniles who were unaffected by the contamination have been temporarily moved to an adult detention center.

Unfortunately, there are more and more reports of fentanyl in the news. And in Ohio, the problem has become statewide. The state has moved to the rank of third for the highest total of fentanyl-related deaths in 2021.

The Department of Justice has released several stories about what’s been going on in Ohio. One man in Akron was sentenced to 30 years in prison for distributing fentanyl. Two men in Cleveland were charged with distributing the opioid. And there have been countless drug busts across the state, including one in Huntington and Fairfield.

The Democrats love to jump to the rescue when there’s a mass shooting. What about a mass poisoning? Where is the outrage that fentanyl entering our country illegally is killing more people every year than guns? If the liberals would focus their energy on a real issue, we might actually get somewhere.

In the meantime, it’s worth noting that some of the signs of a fentanyl overdose include dizziness, drowsiness, cold and clammy skin, and a decreased heart rate. Since we now have to worry about fentanyl showing up in air vents, we have to do what it takes to protect ourselves.