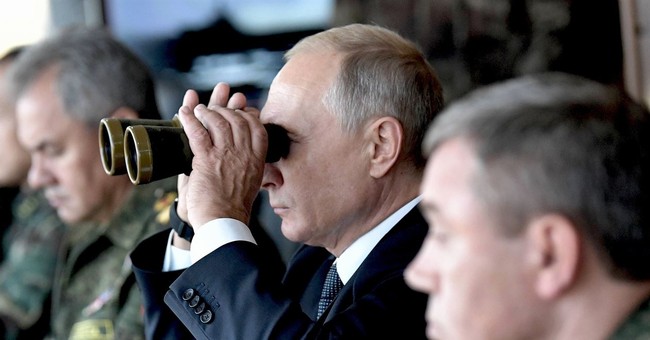 The mystery was solved or perhaps deepened on Thursday when Shoigu surfaced.

For just a few seconds on Thursday, Sergei Shoigu was back on Russians’ television screens, sitting in the corner box of a teleconference with Vladimir Putin.

The Russian defence minister, arguably the man most responsible for the floundering war effort in Ukraine, had not been seen in public for 12 days. Nor had the chief of the general staff of Russia’s armed forces, Valery Gerasimov.

Rumours were beginning to circulate that they may have been punished over the bungled invasion, which has failed to capture key Ukrainian cities such as Kharkiv or Kyiv and plunged Russia into economic isolation.

Russians had already watched Putin browbeat and humiliate the head of the country’s foreign intelligence service, Sergei Naryshkin, during a televised meeting over the fate of the Russian-controlled territories in eastern Ukraine.

Journalists have since filed reports on an investigation in the FSB directorate responsible for foreign intelligence, including on Ukraine, and on the arrest of a senior official from Russia’s national guard.

The absence was such an item of comment that it resulted in Putin’s Mini-Me, Dmitry Peskov, being asked questions about Shoigu’s whereabouts at Thursday’s propaganda dump.

“The defence minister has a lot to deal with right now, as you can understand,” Dmitri Peskov, the Kremlin spokesman, said during a briefing, denying Shoigu was ill. “A special military operation is ongoing. Certainly, now isn’t exactly the right time for media activities. This is quite understandable.”

To defuse the situation, the Kremlin ginned up a video conference that featured Shoigu.

Sensing a problem, the Kremlin promptly returned Shoigu to television. The clip released on Thursday was unusual: a security council teleconference with Vladimir Putin, where Shoigu was said to have reported “progress in the special military operation and efforts being made by the military to provide humanitarian aid, ensure security, and restore vital infrastructure on the liberated territories”.

But you wouldn’t know that because the sound was turned off. And Shoigu appeared for just seconds, as his camera was briefly unblocked to reveal him sitting in front of several Russian flags at an undisclosed location. His arm moved, proving it wasn’t just a picture of the defence minister returned to television to dispel rumours about his demise.

And then, just as quickly, he was gone again.

The same people in the Kremlin who told Putin that Ukraine would be a cakewalk seem to have thought this would fix the Shoigu problem. A video of the conference call is below.

Many observers note that the video quality for Shoigu, who is in the upper left square on the screen, is poor. It gives the impression of the camera recording existing video on a monitor rather than a live person (there is a good reason for that if you think about it). Shoigu doesn’t speak. He moves one arm briefly.

And some others point out that this appearance by Shoigu looks identical to his last known appearance on television.

You have to be the judge of what to make of this. Shoigu may very well be alive and surrounded by Russian hookers. Still, the way to dispel rumors of his disappearance was not a quickly cobbled-together video conference where he not only had a crap video connection but was muted.