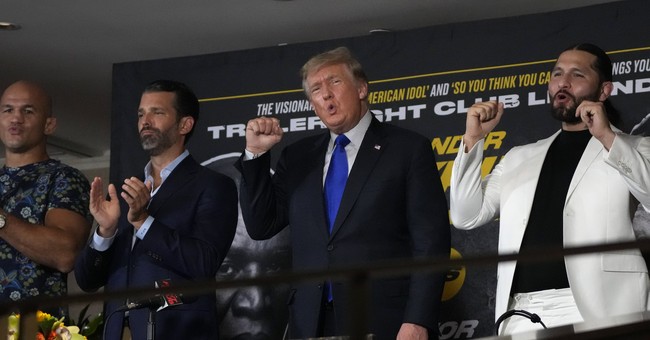 If you’ve been around RedState for more than a few years, you’ve probably got a decent understanding of what the infamous Steele Dossier entails. The now-discredited document was used by various entities during the 2016 election and into the first year of Donald Trump’s presidency — and as recently as 2020, you still had media figures defending it, unable to let go of the fact that they got completely played.

In the midst of all that, Hillary Clinton’s use of the dossier always took center stage. The former Secretary of State and twice-failed presidential candidate used a proxy law firm to contract Christopher Steele to build a dossier on Trump. Steele then used Russian “sources,” including now-indicted Igor Danchenko, to spin wild, completely untrue tales about collusion and pee tapes.

That dossier was then laundered through DNC operatives and into the FBI/DOJ, with the latter using it to prop up an investigation into the former president that eventually transformed into the Mueller investigation, with many of the same people just shifting over. The dossier was also used in the fraudulent FISA warrant targeting Carter Page.

Now, Trump has finally made a move to attempt to extract some semblance of justice. That’s come in the form of suing everyone and their mother who had any role in spreading the libelous Steele Dossier with malicious intent.

You’ve got to love that Hillary Clinton gets top billing, and why shouldn’t she? Her behavior was appalling in contracting and disseminating the Steele Dossier, and the fact that she has remained unpunished for that is a travesty. But there are a lot of other relevant and recognizable names on the list. Marc Elias, for example, is currently running a grifting operation in which he raises lots of money to lose lawsuits challenging Republican redistricting attempts.

Peter Strzok and Lisa Page, otherwise known as the “FBI lovers,” were at the center of the fraudulent FBI investigation against Trump before moving on to work for Robert Mueller. Bruce Ohr was a DOJ official who had direct contact with the flacks at Fusion GPS (Glenn Simpson) and Christopher Steele. You get the idea. No stone is being left unturned. Heck, Debbie Wasserman Schultz is even on the list. I have no idea why, but I know I’m here for it.

As to how successful this will be, I have no earthly idea. I know that it’s really tough to win a defamation lawsuit, far more so as a public figure. But, if there was ever a case of libel and slander (I’m guessing this lawsuit contains claims of both), where false material was spread with malicious intent, this would be it. It doesn’t get anymore clear-cut than this. Still, I have basically zero faith in our legal system. If anything is to come from this, I’ll have to see it to believe it.