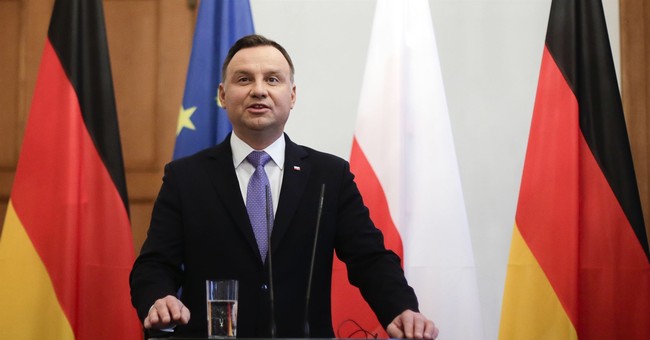 A major diplomatic crisis is brewing in Eastern Europe as nation after nation concludes that Russian diplomacy aims to undermine the legitimate government or divide Russian speakers from others rather than increase mutual understanding. Moreover, the activities by Russian intelligence operatives that had been tolerated in the past have now run head-on into unified support of Ukraine and condemnation of Putin’s bloody and illegal invasion of that country. As a result, several nations are taking action.

Bulgaria is expelling 10 Russian diplomats saying they were carrying out activities deemed incompatible with their diplomatic status; a move followed up quickly by the Baltic nations of Estonia, Latvia, and Lithuania.

The Bulgarian Foreign Ministry said in a statement on March 18 that it had given the 10 diplomats 72 hours to leave.

Soon afterward, Latvia and Estonia said they were both expelling three Russian diplomats, while Lithuania said it had told four Russians that they must leave the country.

Latvian Foreign Minister Edgars Rinkevics said on Twitter that Riga was expelling three Russian Embassy employees “in connection with activities that are contrary to their diplomatic status and taking into account ongoing Russian aggression in Ukraine.”

“The decision has been coordinated with Lithuania and Estonia,” he added.

Ground zero of the diplomatic scuffle is in Warsaw.

Russia accused Poland on Thursday of trying to destroy bilateral relations by expelling 45 of its diplomats, and said it would respond harshly.

The Russian ambassador said Poland, which said on Wednesday it was expelling the diplomats on suspicion of working for Russian intelligence, had also blocked the embassy’s bank accounts.

The Russian foreign ministry said the expulsions were “a conscious step towards the final destruction of bilateral relations, the dismantling of which our Polish ‘partners’ have been systematically carrying out for a long time”.

It added: “Russia will not leave this hostile attack without a response, which will make Polish provocateurs think and will hurt them.”

Russian ambassador to Warsaw Sergey Andreev said the embassy’s bank accounts had been blocked on the basis that they could be used for money-laundering or terrorist finance.

Polish Prime Minister Mateusz Morawiecki said: “I can only say in general terms that we have been dealing with the freezing of funds of the Russian Federation.”

I think Poland’s concern is more than espionage. Poland is one of the principal backers of Ukraine’s resistance and got way out over its skis in trying to transfer MiG-29 fighters to Ukraine (Transfer of NATO Aircraft to Ukraine Falls Through as Zelensky Resumes His Campaign for a No Fly Zone). Poland continues to be a major transit point for weapons and supplies for Ukraine. In response, Russia has warned that it may target supply shipments (NATO Weapons Shipments to Ukraine Are ‘Legitimate Targets,’ Russia Declares), and it carried out a missile attack on a Ukrainian base very close to a major Polish airbase (Russia Demolishes a Ukrainian Training Camp on the Polish Border as Putin Gives Joey SoftServe a Brushback Pitch). Earlier this week, former Russian president Dmitry Medvedev, who we have to assume was acting as a Putin surrogate, unleashed a blistering attack on the government of Polish President Andrzej Duda (Former Russia President Calls Poland the Source of ‘Evil, Vulgar and Shrill’ Propaganda and Joe Biden ‘Demented’ as Biden Prepares to Visit Poland) over his rejection of the idea that Poland is part of a Russian “sphere of influence” and owes Russian some huge favor for cooperating with Hitler to partition Poland and then slaughtering a few hundred thousand Poles during the occupation and “liberation.”

Poland is concerned about direct action against targets in Poland by Russian operatives (though the last month’s activities should dispel any undue fear of Russian special forces).

The reference to the “Vrbetice ammunition warehouse explosions” refers to a GRU operation that destroyed two warehouses containing some 150 tons of military munitions. Freezing bank accounts while expelling GRU and/or SVR officers under embassy cover makes sense if you think a covert operation aimed at the supply route to Ukraine is being planned.

No matter the outcome in Ukraine, Russia’s reputation and relationship with neighboring states is shot for the next decade or so. The nations that depend on Russia for energy are looking around for other sources. Poland is increasing its defense spending to 3% of GDP, making it the third-highest in NATO and tripling the size of its army to 300,000 men. Other states bordering Russia are doing the same. For the first time in the history of NATO, a majority of Swedes and Finns want to be NATO members. Whatever Putin’s plan was when he invaded Ukraine, it didn’t include making Russia a pariah and causing states bordering Russia to arm themselves to the teeth.