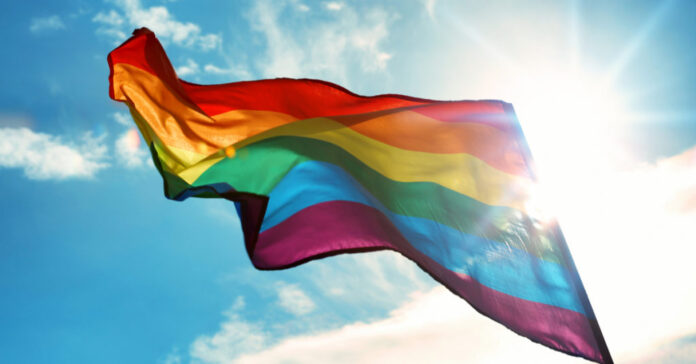 Democrats are slow to learn their lessons. Fake news will always catch up with them. It’s why they didn’t win the war on Donald Trump. News has to be accurate – or the people will revolt against the media outlets.

Nikki Fried, the Florida Commissioner of Agriculture, doesn’t care about the truth. What she does care about is the power trip that she could embrace if she were to win the gubernatorial race. She’d love nothing more than to kick Ron DeSantis to the curb so that she can poison the state with her leftist ideas.

There are a few problems, though.

Ron DeSantis is a beloved governor. The red state loves him because he has done everything he can to protect Floridians against the ridiculous rules of the Biden administration.

Further, Fried has nothing to offer. People have already seen her failures in the Department of Agriculture – along with the ridiculous spending just so that she can have her photo on every gas station across the state.

None of those bothers Fried, though. She’s decided that she’ll take the liberal approach and lie her way into the job. Perhaps she tore a page out of the Hillary Clinton playbook. Either way, Floridians are already realizing that Fried isn’t capable of offering them anything. Fried can’t figure out how to show off her skills, so she’ll simply pick on what DeSantis is doing.

Fried has decided to go all-in with her “Say Gay” campaign – and that includes throwing up billboards from coast to coast.

This is all in response to the Parental Rights in Education Bill that was passed. It focuses on making sure that students in kindergarten through second grade aren’t taught about gender identity or sexual orientation inside of the classrooms.

The Democrats have decided that it’s a bill where you can’t say “gay.” It’s completely inaccurate. No one is saying that you can’t say gay – and DeSantis has pointed that out on multiple occasions. It’s simply banning such material to be discussed inside of the classrooms for students who are five, six, and seven years old. Why? There’s no such need. If parents want that kind of content discussed, they can do so in the privacy of their own homes.

Leftists, including Nikki Fried, are desperate to “humiliate Ron DeSantis and Florida Republicans for their disgusting and shameful behavior,” as it was worded by Kim Mangone, the former Democrat nominee for Congress.

What Mangone and the rest of them don’t realize is that there’s nothing humiliating about what DeSantis or the rest of the Republicans did. What is humiliating is that the liberals think that it’s acceptable to dedicate class instructional time to teach five and six-year-olds about homosexuality and gender dysphoria.

The Southern Progress PAC has been working to collect as many donations as possible so that they can have more “Say Gay” billboards placed across the state. They’ve already spent over $300,000 to perpetuate this fake news – and they are continuously pushing the phrase everywhere they go.

DeSantis has been extremely vocal about what the Democrats are trying to push. “Here’s what I can tell you. In the state of Florida, we are not going to allow them to inject transgenderism into kindergarten.” He went on to explain that “First graders shouldn’t have woke gender ideology imposed in their curriculums.”

Perhaps the liberals should pause for a moment and ask themselves why it’s so important for a kindergartener to learn about gender orientation. It’s complete nonsense – and the billboards are only showing off just how progressive the Democratic Party has become.