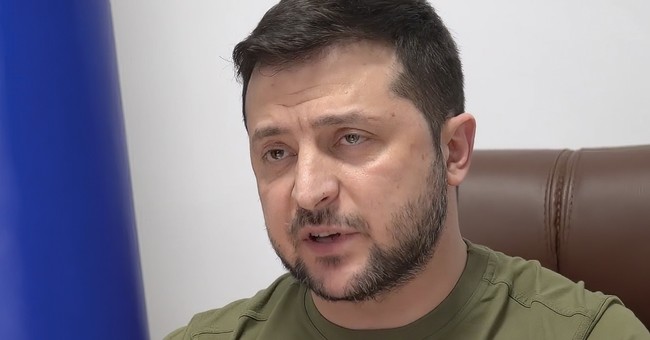 On Wednesday night, Ukrainian President Volodymyr Zelenskyy released a new video to the Ukrainian people. But for the first time, it was in English — a sign it was meant for a worldwide audience.

In the one-minute-and-fifty-three second video, he said:

“The War of Russia is not only the war against Ukraine. Its meaning is much wider. Russian started the war against freedom as it is, this is only the beginning for Russia on the Ukrainian land. Russia is trying to defeat the freedom of all people in Europe; of all the people in the world. It tries to show that only crude and cruel force matters. It tries to show that people do not matter as well as everything else that make us people. That’s the reason we all must stop Russia. The world must stop the war.

I thank everyone who acts in support of Ukraine in support of freedom; but the war continues. The acts of terror or against peaceful people go on one month already. That long. It breaks my heart, hearts of all Ukrainians, and every free person on the planet. That’s why I ask you to stand against the war.

Starting from March 24th, exactly one month after the Russian invasion. From this day and after them, show your standing. Come from your offices, your homes, your schools, and universities. Come in the name of peace. Come with Ukrainian symbols to support Ukraine, to support freedom, to support life. Come to your squares, your streets. Make yourselves visible and heard. Say that people matter, freedom matters. Peace matters. Ukraine matters from March 24th, in downtowns of your cities, all as one, together who want.

To stop the war.”

Mr. Zelenskyy has been increasingly vocal in recent days, as Russia has shifted the war to targeting civilians in an effort to break Ukrainian resolve. His appeal comes on the eve of the NATO Summit in Brussel, which US President Joseph Biden is attending; and where Poland has stated it intends to bring up the topic of a NATO-sponsored peacekeeping mission as part of bringing the conflict to an end — even as the West hesitates to cross the border into Ukraine, fearing that Russia may resort to using chemical and nuclear weapons.