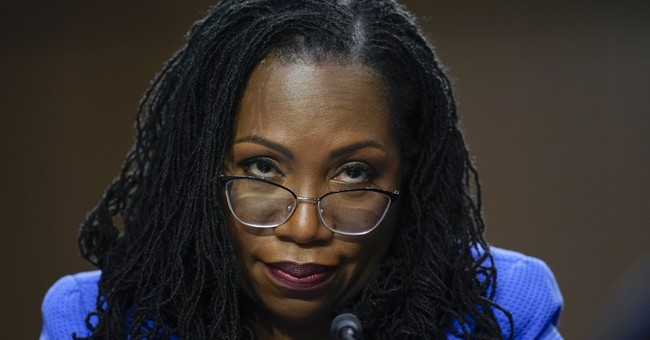 The Washington Post is doing its part in picking up her torch, by presenting her qualifications in graphics comparing her to seated members of the Supreme Court.

When one looks at a list of qualifications for the highest position for jurisprudence, and the list begins with “Public High School” as a qualification for the position, I tend to view it with some suspicion.

In fact, beginning her SCOTUS resume with “public high school” seems downright silly. I, like most people, went to a public high school. I never assumed it was building my resume for the Supreme Court, but the Washington Post does. Kagan, Alito, and Breyer also attended public high school. She was on the HS debate team, so she likely would have wrecked Billy Madison, head-to-head.

The only non-Ivy Leaguer is Amy Coney Barrett. The insistence that the Ivy League law schools produce super lawyers is easily dispelled by Yale law students acting like six-year-olds, fighting free speech. I practiced against Ivy-Leaguers. Some were good, others not so competent. I tried one case to verdict against a Harvard man. After he told me he was a Harvard grad (about 50 times), I won. I don’t care if Jackson attended Harvard Law or a night school; if she can’t articulate what was the basis for Dred Scott, maybe she’s not a fit for SCOTUS.

Supreme Court clerking might be the only qualification that the majority have in common and that, I find helpful but not critical to a SCOTUS nominee. Why? Because it’s on-the-job training – like a plumber’s assistant. There’s nothing like watching the sausage get made.

WaPo cites Jackson’s two years as a Federal Public Defender. A spokesperson for the Brennan Center for Justice called Jackson’s experience as a PD invaluable and said:

Not really. Take, for example, the last term for SCOTUS. The court heard two criminal appeals, one being an 8th Amendment (cruel and unusual punishment) case. The court hears 100-150 cases each term – so taking the high end, two criminal cases represents 0.0133% of the docket. Criminal appeals never comprise a significant amount of the cases heard by SCOTUS. Her limited experiences in a federal PD office is, in my opinion, of little practical importance.

Next is her time on the sentencing commission, in which she “helped rewrite guidelines to reduce recommend penalties for drug related offenses” — and that’s nice, but will have little relevancy for a Justice. Although WaPo’s cherry-picked, law professor out of Texas opined that her experience on the sentencing commission will be important – no, it likely won’t be. The Supreme Court decides issues of constitutionality. In short – is “it,” or is it not, constitutional. The likelihood of her experiences reviewing guidelines on federal drug convictions, coming into play as sitting Justice seems remote, in the extreme.

She would be one of two sitting justices who were District judges (trial judges). The other is Sotomeyor. Sotomayor has been an abysmal Justice, and consistently asks absurd questions. Also Jackson has been overturned a dozen times,and with some significant rebukes, from the Court of Appeals.

Last is her position on a Court of Appeals. This qualification she shares with everyone, save for Kagan. It’s usually a prerequisite, like playing a few years in the minors before playing in the bigs. Okay, she did that. So did everyone else not named Kagan.

In short, Jackson isn’t the most qualified nominee ever. What I’ve seen of her testimony has shown me the expected, Ivy League arrogance and haughtiness that, I think, is borne from her belief that her elevation in guaranteed and owed to her. No matter that she can’t define what a woman is, or the “why” for Dred Scott. When she was questioned about the Constitution, she said:

“I have not had any cases that have required me to develop a view on constitutional interpretation of text in the way that the Supreme Court has to do and has to have thought about the tools of interpretation.”

That answer isn’t exactly a Kamala Harris word salad – but for a SCOTUS nominee, it’s concerning.