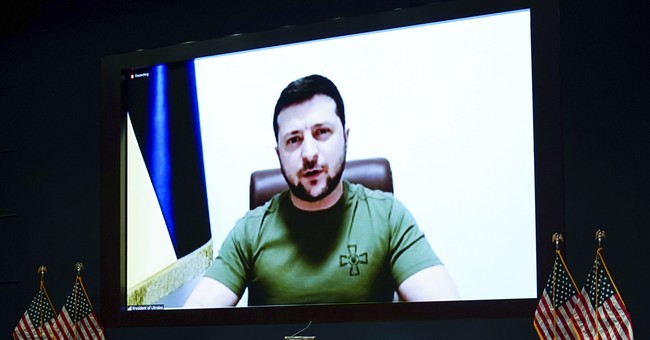 I think we’ve reached that point in the Russian invasion of Ukraine.

Our assessment that the Russian campaign has culminated and that conditions of stalemate are emerging rests on our assessments, laid out carefully in many fully documented reports published on our website (not just maps) and increasingly validated by reports from various Western intelligence communities, that the Russians do not have the capability to bring a lot of fresh effective combat power to the fight in a short period of time. The kinds of mobilizations the Russians are engaging in will generate renewed fighting power in months at the earliest. Unless something remarkable happens to break the stalemate now settling in, the stalemate is likely to last for months. Hence our assessment and our forecast.

And of course we may be wrong. What could happen for that to be the case:

The Ukrainians could collapse. They could run out of essential materials or will. That appears unlikely based on everything CTP and ISW are seeing.
The Russians could find a way to cobble together a large enough effective mechanized force to encircle Kyiv, to isolate Zaporizhiya and Dnipro, or to break through the Ukrainian defense lines and take Kyiv by storm. Our assessment is that the Russians do not have the capability to do that based on our study of their performance and of their military’s reserve system. That assessment is the basis for our call that this campaign has culminated. But we could be wrong, the Russians could find a way to build up such a new, effective mechanized force at scale and quickly, and then completely alter the approach they have been taking and launch a sudden and decisive mechanized campaign.
The Russians could amass enough artillery, missile, and airpower to destroy the Ukrainian forces defending Kyiv and other major cities, allowing the weakened and damaged Russian forces the opportunity to regain the initiative and achieve their objectives. This is the likeliest way our assessment could be falsified, but it is still unlikely. The Russians are showing many limitations in their ability to mass air, artillery, missile, and rocket fires and effects, including suffering from obvious and severe logistical and production problems that they are unlikely to be able to fix rapidly. It is very difficult, in addition, to achieve such decisive effects by fires as to offset the weakness of the Russian mechanized forces against an opponent as determined as the Ukrainians.

What we see on the ground validates this assessment.

For a broader discussion of what is going on, this is the former commander of US Army Europe (USAREUR), Lieutenant General (ret.) Ben Hodges, giving his assessment.

(Full disclosure: I know Ben Hodges, in fact, he has stayed at my house.)

Neither side can do big things, but both are engaged in local offensive operations.

Where the two sides are is roughly analogous to the standoff between United Nations Command and the Chinese Communists between July 1951 and the signing of the armistice. There is jockeying for position and some bloody actions, but the focus has shifted from combat operations to positioning oneself for the endgame. The question is, who has the staying power to force this war to a conclusion on terms most favorable to them?

Ukraine President Volodymyr Zelensky seems to think it is him.

In an earlier post on the negotiations (see Proposed ‘Fifteen Point Peace Plan’ in Russia-Ukraine War Is a Total Defeat for Putin, but Zelensky Is Biding His Time), Zelensky is quoted as saying the negotiations need to continue until the situation is more favorable to Ukraine. However, now he has taken actions that seem more focused on continuing the war while still engaging in negotiations.

On Monday, Zelensky made two critical announcements about the future of negotiations.

First, he announced that any peace deal would have to be submitted to a referendum. In this vote, we’ll get to see if Ukraine is willing to make territorial concessions and accept Russian as an official language alongside Ukrainian.

Second, he made his first demand of the negotiations. Any peace deal will be contingent upon Vladimir Putin agreeing to meet with him to work out the final details.

…
“I am ready at a meeting with the president of Russia to raise the issue of occupied territories, but I am certain that a solution will not come at this meeting,” Zelenskiy said in his interview.
…
“If people are trying to stop a war, there is a cease-fire and troops are withdrawn. The presidents meet, reach an agreement on withdrawing troops and there are security guarantees of one sort or another,” he said. “Compromises must be found, one way or another of guaranteeing our security.”

Note what else he says in the statement. The withdrawal of Russian troops must accompany any cease-fire, and the status of Crimea, Donetsk, and Luhansk will not be part of any deal ending the war.
If Zelensky can make this stick, the war will be one step short of the Ukrainian Army marching through Moscow regarding its impact on Putin. As a quick reminder, Putin has stated his war aims several times, and I’ve listed them below.

The independence of Donetsk and Luhansk.
Ukrainian recognition of Russian ownership of Crimea.
The disbanding of the Ukrainian Army (his codeword is “demilitarization”).
Ukraine renounces ever applying for NATO membership.
The Ukrainian government of “nazis and drug addicts” be replaced.

If the territorial issues are off the table, the Zelensky government and its army are still in place, and Russian troops are withdrawn, all Putin gets is an agreement on NATO membership that he could’ve gotten without war. The icing on the cake is Zelensky meeting with Putin as an equal. Putin has refused to meet, or apparently speak with, Zelensky since he became president.