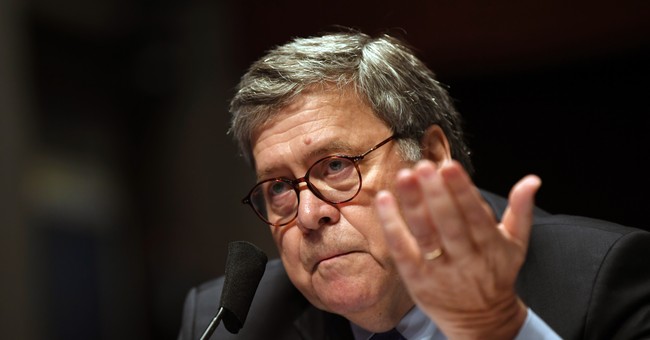 One of the things that has been frustrating for years – even during the time that President Donald Trump was in office – was that Democrats were never held accountable for wrongdoing. From John Brennan’s CIA spying on Congress to Hillary Clinton’s private server, everyone skated. No one has ever faced any punishment or legal consequence.

Then we had the Russia collusion lie, perhaps the most despicable political dirty trick in history because it employed the media and the government against a political opponent — not to mention getting Russian disinformation. Bill Barr could have had something to say about that, since he understood that fact, but he let the time run out and now we have to hope that Special Counsel John Durham will be able to do something while Joe Biden is in office. Former DNI John Ratcliffe said he expected more indictments coming in the Russia probe.

Barr noted that he was “very disturbed” that Biden “lied to the American people” about the laptop during the presidential debate in October 2020.

“He’s squarely confronted with the laptop, and he suggested that it was Russian disinformation and pointed to the letter written by some intelligence people that was baseless–which he knew was a lie. And I was shocked by that,” Barr said.

Barr went even further, saying that he thought the suppression of the laptop was an example of “election interference,” but he did not want to “venture an opinion” on whether Joe Biden could face any “legal liability” for lying and covering up about the laptop.

“From a political standpoint now that this is in people’s consciousness, it had been suppressed up until now, obviously they have a hot potato and just to see how they handle it will be interesting,” Barr responded.

Barr declared that the DNI and the FBI said it wasn’t Russian disinformation.

So, he’s all for saying that it’s a lie now, that the intel letter was baseless; he even acknowledges it was “election interference.” But it’s all just a little too late now. The actions busting Biden and all the Russian disinformation lies needed to come before the election — when it would have made a difference.

Now, even if Biden were pursued on this or impeached, the result would be Kamala would take over, so the Democrats would still benefit from all the trickery and the lies. Barr also put down any claims of “election interference,” when he knew that this had gone on and Biden had covered this up. So, while he’s right to finally call it “election interference,” where has he been with this all this time?

But bottom line, he’s confirming Joe Biden is a liar for the world, that he was deceiving the American public, and even if it’s too late, he needs to be held accountable because we still don’t know how much he has been compromised. It’s critical, now more than ever, that Congress do its job — and get answers on the laptop and the lies.