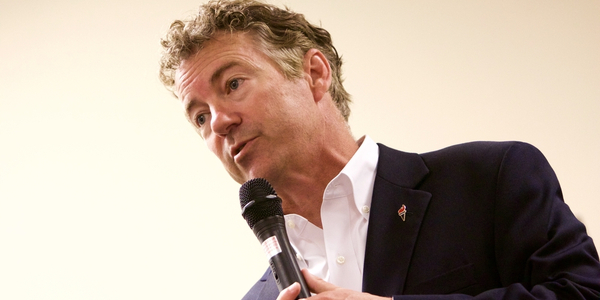 The Senate this week passed a resolution that goes against the extended federal regulation which required masks on public transportation including planes, trains, and subways.

The surprise in the approved measure was the eight Democrats who joined with their GOP colleagues to pass the measure with a 57-40 vote. There was one Republican senator that opposed the resolution, Mitt Romney from Utah.

Now the measure moves on to the House, but it is still not clear whether or not the House Speaker, California Democrat Nancy Pelosi, will allow it to be voted on.

It was just last week that the Biden administration extended the mandate for masks on planes and other means of public transportation. The new deadline was to be April 18th, which was a month longer than was expected.

The White House administration said that the Centers for Disease Control and Prevention (CDC) would work with other federal agencies to assist in making a revised policy for when it would be necessary to have masks required in public transportation. This new revised framework was to be based on COVID-19 community levels, the risk from new variants, national data, and the latest science.

Before the vote was taken, GOP leaders were stating their case to end the mandates. Republican Sen. Roger Wicker from Mississippi said, “This is a free country. If someone wants to wear a mask on a five-hour flight from one American city to another, there is no reason they can’t do that. But the testimony we’ve had in the Commerce Committee, from the airline industry and from scientists is that airline air is the safest air that Americans can breathe indoors, anywhere.”

Senator Paul said in a statement after the vote, “Today, the Senate said enough is enough, and sent a message to unelected government bureaucrats to stop the anti-science, nanny state requirement of travel mask mandates.”

Paul also noted that since March of 2020 it has been unelected bureaucrats who have continually declared that the public should “follow the science.” But then he said that the same bureaucrats defied science by making the public wear ineffective and restrictive masks when traveling on public transportation.

The Kentucky senator explained that he felt he needed to force the vote because the government was using “fear-mongering to stubbornly perpetuate its mandates.” He said that the government just did not want to let go of their power and that is why they extended the mask mandate into April.

He called the experts to offer “clear-eyed, rational advice on how to best protect yourself from illness.”

There was a group of 92 Republicans who had sent a letter before this vote to TSA administrator, David Pekoske. They demanded an end to the mandate for masks while traveling on airplanes.

Another interesting development is that senators voted on Paul’s amendment to get rid of the position of Director of the National Institute of Allergy and Infectious Diseases (NIAID). This is the position that Dr. Anthony Fauci holds.

The amendment directed that it should be replaced by three different national research institutes. The amendment failed due to the fact that these Republican senators voted against it: Richard Burr of North Carolina, Susan Collins of Maine, Bill Cassidy of Louisiana, Lisa Murkowski of Alaska, Mitt Romney of Utah, and Jerry Moran of Kansas.

Senator Paul maintained that one of the lessons we should have learned over the past two years is that no one person should be what he called a “dictator in chief.” He said that one person should not have “unilateral authority to make decisions for millions of Americans.”

Let’s hope we get another shot at that needed amendment.