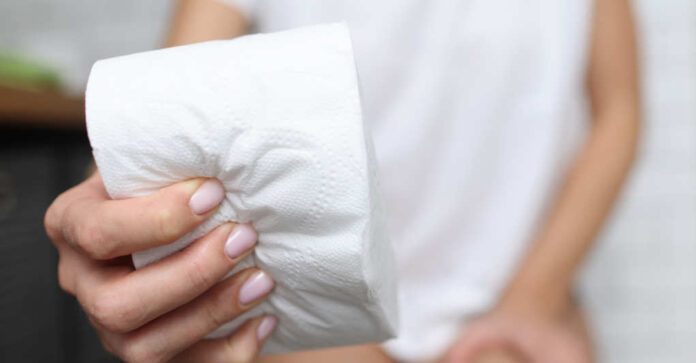 If you thought the number one problem with the pandemic was too much government oversight with mask and vaccination mandates, wait until you get a load of the number two problem…literally number two.

The Biden administration is planning to monitor the nation’s sewage believing that they can prevent the next pandemic. But a number of states are not yet convinced that the government should be monitoring our bowel movements.

Public health officials believe they can more quickly identify and respond to Covid cases and other viruses by monitoring a population’s poop. Wastewater experts have indicated that sewage surveillance operations have dealt with two major issues, privacy concerns, and logistical challenges. They have had trouble coordinating with water treatment plants and getting sewage samples to just a small number of labs that use the same processing protocols.

The government has invested more than $6 million in LuminUltra, a private lab that could help states that can not monitor their sewage. But the company had trouble building trust with local operators who did not know exactly why the government was mandating testing.

The vice president of applied services and LuminUltra, Mark McIntosh, said that what the CDC has tried to do is not sustainable because of a flaw in their strategy.

Wastewater surveillance became popular during the pandemic because testing could detect the coronavirus in a community even before the people had symptoms. The CDC took notice and launched a National Wastewater Surveillance System (NWSS) at the end of 2020.

The system was not only designed to identify Covid cases and new variants, but it could also detect like resistance to antibiotics, changes in opioid use, or a virus that could cause the next pandemic.

But since this system was started in late 2020, only twelve states have routinely given information to NWSS, according to the CDC. These states are California, Colorado, Illinois, Missouri, North Carolina, New York, Ohio, Rhode Island, Texas, Utah, Virginia, and Wisconsin.

One expert in the federal system said that it was still a patchwork system and it could fall apart with continued funding and participation. A CDC spokesperson indicated that they believe the system can work and they are going to try to get more sites sampling the wastewater.

States have told the CDC that they do not have the time or manpower to give to this new plan.

Amy Kirby is a senior service fellow in the Waterborne Disease Prevention Branch at the CDC. She said, “They were busy trying to respond to the Covid pandemic, and they did not have enough bandwidth to also stand up a brand new surveillance system. We know we’re asking a lot of them.”

So like any good massive government system, the CDC has decided to give 37 states about $36 million as an incentive.

Eric Coats, a professor of environmental engineering at the University of Idaho believes that people get frustrated at the pace at which things happen.

In North Dakota, the state health department faced both lawmakers and residents who shared concerns about wastewater information being federally reported. The CDC has a plan B which is to entice states to build their own long-term wastewater infrastructure. But one expert said that the Environmental Protection Agency, which regulates wastewater treatment plants, is sensitive to additional activity.

But the CDC is committed…they have made contacts, developed systems, and invested money. The federal government is all-in on monitoring the nation’s sewage. They just don’t want to see all of their effort “flushed” away.