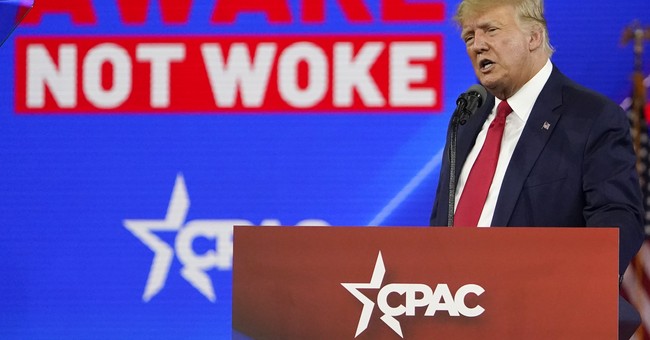 Donald Trump popped onto the political scene over six years ago riding down an escalator and made popular (depending on who you are) the phrase “Make America Great Again” and shocked the world by winning in 2016.

I’m pretty sure that was three lifetimes ago now.

Before I dive into my thoughts here, I want to give some kudos to my colleagues here at Red State who have, over the past couple of days, noticed a similar trend to what I have. Seems people may be losing their minds a bit over what is actually going on with Ukraine.

Jerry Wilson kicked it off with his piece called We Need to Talk About This ‘Never Zelensky’ Thing.

Bonchie opined with: We Need to Talk About This ‘Never Zelensky’ Thing.

Jeff Charles fired this logic rocket with his piece, Being More Critical of Zelensky Than Putin Is About as Goofy as it Gets.

Each one of these writers has a different take of course, but if I could simply summarize a common theme it would be this… WHAT IN THE HELL IS GOING ON!?!?!?

Somehow, people are finding more fault with Volodymyr Zelensky of Ukraine than of Vladimir Putin of Russia, who in case you missed it, invaded Ukraine under a list of silly excuses that do NOT hold up to any scrutiny. Yes, even the bio-labs that the United States and a whole bunch of other countries have known about since the signing of the Budapest Memorandumin 1994 to get rid of nukes in Ukraine.

Bonchie, in his post above, does a breakdown of some of the common themes, and I might tackle some of these complaints from those who wanna pretend that they have a clue. The bio-labs excuse is one of the more frequent excuses as of late, which is why I mentioned it above.

Yet, one thing I have noticed is that some of these folks claim to be huge supporters of Donald Trump, and he is the best President of their lifetimes. These claims can be debated for hours but as I have mentioned here and on my radio show, I think there is one thing that Trump was for certain. He was 100 percent the most pro-life President we have ever had, by a mile.

He also made sure to let everyone know — both at home and abroad — that he was an American President, and was working in the best interest of the United States of America.

His rattling of the sabers at our allies, about paying their agreed-to amounts in NATO, or calling Chairman Kim “Rocket Man” on Twitter, after North Korea rocket tests, were different than what we were used to. As unorthodox as it may have seemed, it also worked.

Now, if Trump really meant Make America Great Again, then he would be naturally opposed to countries like Russia and China trying to overtake America as the leader in the world, both economically and militarily. We know that this was Trumps’ goal, being he slapped China with tariffs for not trading equally with the U.S., and the ones he slapped Putin and Russia with, also, while he was in office.

Trump was correct to point out that these countries have always fought for the best deal for their citizens, and why should we not do the same for ours. Seems pretty common sense to me.

However, we now have this invasion of Ukraine by Russia, and we have people who are struggling with reality failing to see this is not good — not only for the United States but the world. Some of these folks even think Putin is justified for this, and it is one of the most confusing points of view ever in the history of people who thieve oxygen.

So, let me go through a quick breakdown here, so I can reference back to this for the future hate I shall receive via many mediums. Being I truly love reading comments on my show, here is my BIO to make it super easy.

* I do NOT want American soldiers in Ukraine fighting Russians or anyone.

* I have zero issues with aid going to the Ukrainians, which this was something Trump supported and still supports. For those not happy with foreign aid, I understand that, but we do give it (so, separate argument on another thread).

Also, just do yourself a favor and read up on Benjamin Franklin and Thomas Jefferson during the Revolutionary War in France. I don’t wanna ruin the surprise for folks.

* We are not going to escalate by giving such aid. Russia or the Soviets never had a problem arming people we were facing off against.

* Yes, this country has many issues, not as many as Russia and we can still voice our opposition against stupid policies, unlike Russia. This site has railed on many things against President Joe Pudding Brain Biden, and we are not in the pokey, like we would be in Russia.

* Saying you don’t trust the media does not make you savvy. You should QUESTION everything. Including that Russian propaganda you might be passing around as reasoned thought.

* I covered the bio-labs above.

*Ukraine has corruption problems, and Zelenskyy is not an angel. Neither are you, so what in the hell is your point? This does not excuse the 200,000 Russian troops invading right now.

* Also this is not about Nazis in the Dunbar region, or in the country at all. If it were, Russia would have made a case with a special Security Council Meeting at the U.N. leading up to the invasion. Go find that, but I will give you a hint: it does not exist.

Trump made the decision during his presidency to tackle the way the world had dealt with us for decades and to change that dynamic. He made the assessment that Russia and China had taken advantage of us and moved to put us back on equal footing. Part of the actions he took was to send United State aid to Ukraine to help in case of a Russian invasion. As I wrote about last week, he even claimed to have made a threat to Putin if he did invade. From my piece here

During the conversation with (John) Daly, according to a video posted by @nopopsgolf Instagram, Trump said he “got along great” with Putin while in office and seemed to imply that Russia didn’t invade Ukraine while he was President because he had threatened to bomb Moscow.

The reason he probably got along great with Putin was not that he was beholden to him like the media spewed in 2016. The real reason was that Putin was probably a li’l afraid of Trump, wondering if he would actually bomb Moscow if they invaded Ukraine. Seems Vlad took him seriously, being he did not invade until Biden took office.

People that say they want to put America first and support Donald Trump who also give verbal support to Putin in any shape or form for his immoral invasion are doing no favors for Trump, as he preps to run again in 2024. Stop being a tool using talking points of former KGB agents, and maybe go for walk and get some fresh air. The COVID era has been ended, and you don’t need to wear a mask — and you need all the oxygen you can get.