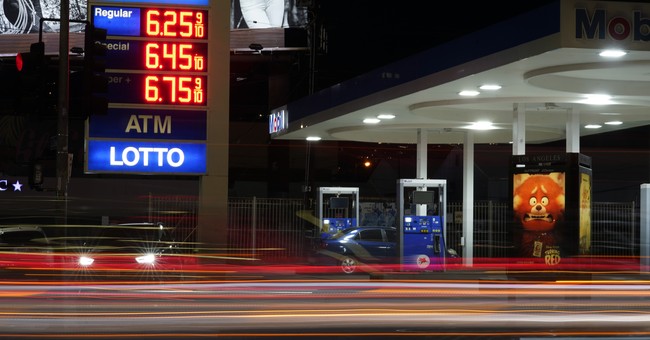 How’s the old idiom go? When in Rome, do as the Romans?

The Democrat Party has been “symbolism over substance” for decades. While I’m not suggesting the Republican National Committee’s launch of a voter registration initiative at gas stations across the country amid a continuing sharp rise in gas prices comes anywhere close to a trick from the Democrat playbook, it is perfectly symbolic given the reality of untold millions of angry Americans.

What better place to launch a voter registration drive?

As reported by The Hill, a source said “the RNC will be holding several voter registration events across the country in the coming weeks.” They added that “[t]he first event took place in Arizona Saturday, where volunteers and staff registered Americans to vote from 1 p.m. – 3 p.m. local time.”

Ben Petersen, the communications director for Arizona’s RNC, told The Hill that gas stations are the best place to have conversations with Americans angry about the price at the pump.

Arizonans are frustrated with paying the record-high gas prices we’ve seen recently, this is an issue that affects almost every single Arizonan. There’s no doubt that everyone is feeling the pain at the pump, so a gas station right now may be the very best possible place for one of our volunteers to have a conversation with someone and get someone signed up to vote.

Meanwhile, Joe Biden and the Democrats continue to do what Joe Biden and the Democrats always do: lie and blame everyone and everything but themselves. The usual targets are Americans too stubborn or stupid to get with “the plan,” or “price gouging” by evil corporations. In the case of rising oil and gas prices — which we’ve seen since day one of the current administration, including the cancellation of Keystone XL permits, and threatened closings of other pipelines — Buck-Passing Biden(TM) not only continues to blame the oil companies; he now blames Vladimir Putin, as well.

As my colleague Nick Arama reported on Saturday, despite the fact the prices have been rising for months and Putin’s invasion of Ukraine began just four weeks ago, Team Biden actually pushed the talking-point phrase “Putin’s price hike” to all their relevant sock puppets.

Just as “brilliant,” the White House encouraged TikTok influencers to blame Putin, as well. Incidentally, if TikTok is demographic coveted by Team Biden? Tells you all you need to know about how serious these people are about lowering the price of gas.

While we’re at it, the ugly little, non-secret secret is the Democrat Party loves high gas prices. One need look no further than the erstwhile bartender, Rep. Alexandria Ocasio-Cortez (D-N.Y.), who in early February 2021 tried to blame Texas for infrastructure failures leading to massive power outages because the Lone Star State refused to support her ridiculous Green New Deal.

While lies and various other deceptions run rampant on the left — they always have, they always will — this voter registration drive by the RNC demonstrates exactly the kind of “trench warfare” stuff the Republican Party must continue to employ against the most dishonest, hypocritical group of people on the planet.

Hyperbolic? If so, not by much.