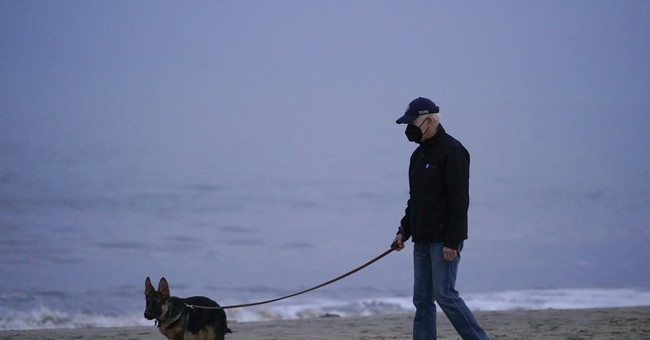 I’ll admit, I’ve enjoyed not writing about COVID-19 lately. After almost two years of touching on the subject on a daily basis, it’s been several weeks since I’ve penned a piece dealing with the coronavirus pandemic. That’s obviously because the pandemic is over for all intents and purposes. Vaccines are available for those who want them and the lion’s share of Americans now have immunity via prior infection as well.

That hasn’t stopped the hysterics from desperately clinging to their narratives, though. Dr. Anthony Fauci, who had been missing in action until the last few days, is back with warnings of more mask mandates.

Then there are the way-too-online members of the medical establishment who apparently value their social media followings over being honest with people.

But while those who have made mask-wearing a symbol of religious virtue keep spreading their message, reality continues to provide a different response to those who insist masking is a vital part of COVID-spread prevention. The latest bit of evidence to that effect comes from South Korea, and it will likely represent the final nail in the coffin of mask hysteria.

To understand why I say that, recall that South Korea is a country that has long been held up as a model for how to fight COVID-19. Already possessing a culture of compliance, widespread mask-usage in the Asian country pre-existed the pandemic, and once the coronavirus hit, that kicked into high gear. Mask mandates were dutifully followed by almost all South Korean residents, and social distancing was implemented.

And for a while, it seemed to work. Whenever someone wanted to down the United States’ response to the coronavirus, South Korea was a favorite comparison to make. But as with New Zealand, it appears the inevitable was just being delayed by strict social distancing measures, which are effective but are also highly damaging to the physical, mental, and economic wellbeing of people.

To illustrate that, you only have to look at what’s currently happening in South Korea. Despite the nation’s best efforts, it is on the verge of catching up to the United States in cumulative COVID cases.

If masks are highly effective, or even marginally effective, at preventing the spread of COVID-19, how could that be? Why don’t we see South Korea’s caseload still magnitudes less compared to the United States, where some areas ditched masks over a year ago?

The simple answer is this: Masks do not work in any significant way to stop the spread of COVID-19, and even the proliferation and common usage of N95s has not helped in places like South Korea. In the end, an airborne virus is going to do what an airborne virus does, and no amount of facial decoration will prevent that. Some of us have been pointing that out via studies and real-world data for years now, and we were scorned as wanting to kill grandma. But we were right, and we were right during the Delta wave as well, with even studies back then showing little efficacy.

For the hysterics, though, the beat goes on. They are going to cling to their useless face diapers because there’s power in pushing COVID mitigation. It’s up to the rest of us to ignore them, and if they are elected officials, to vote them out of office.