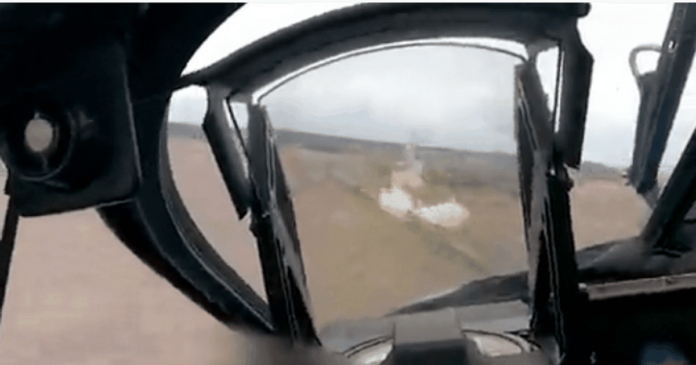 How hard up are the Russians for wins in Ukraine to post about?

If what their Defense Ministry just posted on their Twitter account is any indication, the answer to that is: very hard up.

They posted, “The crews of attack helicopter group have conducted a tactical landing operation at one of the Ukrainian military airfields.”

Except there are a few problems with this story that they were in such a rush to post about.

Perhaps chief among them is that they didn’t even bother to edit the video or what the pilot said, basically “I’ve been hit… guys I’m making a forced [landing]”

Not good propaganda, when your guys are being shut down and forced to land in a muddy field. And is that helicopter held together with string, guys? Not a good look.

Moreover, if all that is meant to deceive Russians, Vladimir Putin is blocking both Twitter and Facebook in Russia. And they speak Russian,so they can hear what the pilot says; so, they’re not going to be taken in. The only people who will see this are people who aren’t going to be taken in by it and who will mock the Russian Defense Ministry into next week for being so ridiculous.

The Russian account tried to block replies, but that’s why there’s the quote tweet function: to deal with people when they make such a cowardly move. So, they’re getting mocked mercilessly in the quote tweets for this.

Thinking that if anyone still in power sees what a mess that the folks made of this on the Defense Ministry account, things might not go well for them for posting this. Putin has already shown that he’s not a happy camper, and he has no problem going after people if he thinks they’ve failed him . Their effort is not only facing stiff resistance, but they’re also imploding from the inside.