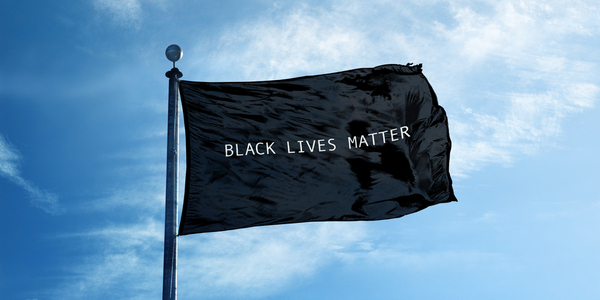 The sage of donation betrayal continues as the Black Lives Matter group falls into another scandal over the money that has been entrusted to them by dupped donors. Their lust for property and power has led the group’s leaders to invest in property and spend the money on things that are not civil rights-related. The entire organization claims to exist to fight for change, but the only thing the leaders are changing is how they live in this world.

RedState found out that The Boston Globe found out that Monica Cannon-Grant is going through a federal investigation because of the way she has taken the money and spent it on lavished living. RedState reported that “Monica Cannon-Grant, 41, who started her charity with $1,000 in 2017 and now operates out of a 4,000-square-foot headquarters in Hyde Park, has come under scrutiny as part of an investigation by the US Attorney’s office that led to the October arrest of her husband, Clark Grant, and the raid of their Taunton home.”

BLM leaders believe that people should hand over their possessions so those items can be used to help change the way law enforcement deals with criminals. Cannon-Grant started the organization after the George Floyd incident. And ever since then, she has been trying to raise more money for herself to use as she sees fit.

RedState also pointed out that “A federal grand jury issued a subpoena for records from the Suffolk District Attorney’s office, which is one of several public and private entities that donated to the activist’s organization. Investigators are attempting to ascertain whether any of the donations or grant money the organization received were used for personal expenses.”

Cannon-Grant has a tight relationship with Ayanna Pressley of the progressive party as well as the Mayor of Boston, Michelle Wu. Her Democratic associates alone call into question her integrity as a person.

The terrorist’s husband’s name is Clark Grant. He is under investigation for committing fraud related to the pandemic. It was discovered that he falsified applications to get his hands on the money market to help people suffering financial hardship because of COVID-19. The Clark family has a history of losing money, and this time around, it finally caught up with them.

Her husband also took BLM’s bank account and claimed that the money was theirs to spend so they could close on a mortgage for a home. The secret life of a couple of clowns finally comes to the surface. The sad part is that liberal media has tried to honor BLM’s founder as a civil rights hero. They choose to ignore their beloved couple’s thefts and fraudulent behaviors because it would make the liberals look bad.

The lousy Democrat has already tried to deny ever stealing the money. Every con artist that has ever been caught has used the excuse that they never did anything wrong. And every time, those people have ended up in prison because they were indeed involved in criminal behaviors.

The age-old cry of the felon is that it is the other person’s fault as to why they are in prison. Cannon-Clark tried to claim that before she started BLM, people did not pay any attention to her as she worked. She even tried to blame people claiming that they stated she did not deserve the awards given. The more information that is proving her to be nothing more than a greedy fraud, a state that is proving true.

The facts about the criminal duo are lining up. The more financial information gathered shows that the figures were used to do things that affected their personal lives. The couple had no business using donated money for personal use.

The best that the couple can hope for is a liberal judge bought off by the Democratic Party to oversee their case. The couple has been ripping off their supporters, much like the Democrats rip off their voters. But in the end, the law will prevail, which might be why BLM hates law enforcement with a vigorous passion.