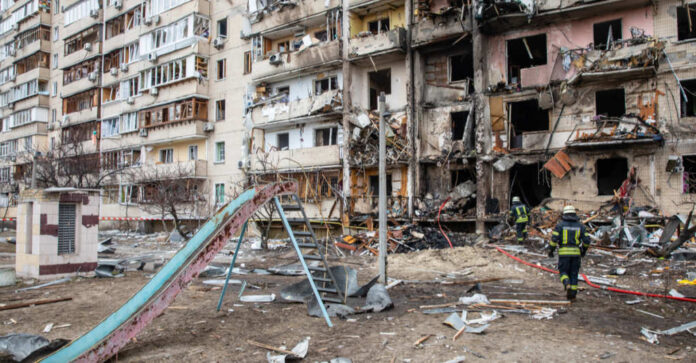 Every day the narrative for the Ukrainian conflict shifts just a little bit. Some days the reports indicate that the Russians are sneakily moving forward and advancing their positions. Other days showcase things like the “Ghost of Kyiv” are destroying Russian planes and spirits as their forces are being driven back across the border. The consistent evolution of the narrative is in keeping with the 24/7 news networks, and something most people have become accustomed to these days.

Author and political scientist Francis Fukuyama is not comfortable with this idea. He believes in a complete analysis of the situation before, now, and looking towards the future. What can people expect, and how they can expect them to happen. Writing for the website American Purpose while on a teaching assignment in the Balkans, he claims there is little difference between there and the rest of Europe, minus a small increase in support for Putin.

He goes on to tick off a 12-point list of how what kind of mistakes Putin is making, and what is coming for Russia. While this is an interesting idea in its own right, the way he does it and the vigor he puts into his writing are simply extraordinary. The idea of Russia losing this level of an invasion is something that was inconceivable to many people, but he outlines everything correctly, and without mincing any words.

“Russia is heading for an outright defeat in Ukraine. Russian planning was incompetent, based on a flawed assumption that Ukrainians were favorable to Russia and that their military would collapse immediately following an invasion. Russian soldiers were carrying dress uniforms for their victory parade in Kyiv rather than extra ammo and rations. Putin at this point has committed the bulk of his entire military to this operation—there are no vast reserves of forces he can call up to add to the battle. Russian troops are stuck outside various Ukrainian cities where they face huge supply problems and constant Ukrainian attacks.”

This one point right here says some of the most important points of the entire conflict. Nobody worth their salt goes into battle carrying dress uniforms for a victory parade. Nobody trades sharp uniforms for ammo and rations. Moves like this do more than guarantee a loss, it guarantees total embarrassment.

Given the stakes with this conflict, many worry that it could inadvertently pull in other countries like China, Iran, and North Korea if the US were to get involved. While other NATO nations are stepping off, the UDS has to offer any support it gives through an intermediary. This allows people to keep cool heads and prevents any excuses about Russia being attacked by NATO. Nothing wrong with slipping the tiny kid a rock when the bully jumps him.

“The collapse of their position could be sudden and catastrophic, rather than happening slowly through a war of attrition. The army in the field will reach a point where it can neither be supplied nor withdrawn, and morale will vaporize…The war to this point has been a good lesson for China. Like Russia, China has built up seemingly high-tech military forces in the past decade, but they have no combat experience… We may hope that the Chinese leadership will not delude itself as to its own capabilities the way the Russians did when contemplating a future move against Taiwan.”

These two excerpts from two other points in his statement explain a lot of how the situation has been playing out. With China learning a lot of what not to do, and the Russians finding out that their lack of being battle-tested has left them vulnerable to attack, this is a great sign for the world about keeping the peace. As of now, Putin would be wise to just withdraw, but like most people in power, he still thinks he has a shot.