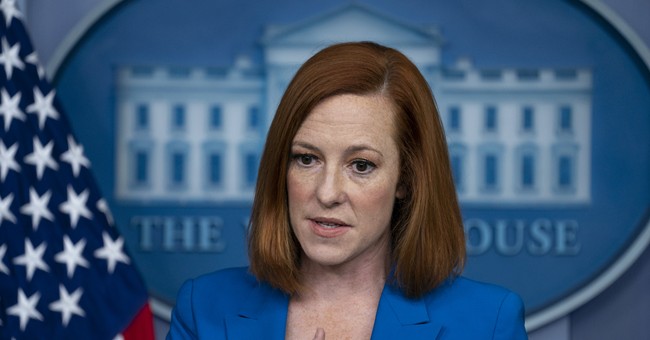 I asked this question on Thursday — now that you had the New York Times admitting that the Hunter Biden laptop was authentic, something that should have been done long ago, back in 2020 when the NY Post broke the story — would the media step up and press the Biden Administration about all the problems and issues that were laid out in the laptop, particularly all the potential conflicts of interest because of the connections to China, Russia, and Ukraine?

The White House did all they could to deflect when the news hit on Thursday, so I wasn’t holding out a lot of hope that anyone would continue to grill the White House on some of the serious conflicts that the issue posed. But lo and behold, on Friday, there were even more pointed questions about the conflicts of interest. Tucked in there was a fascinating piece of information involving Joe Biden himself.

Nelson asked three questions. First, if Biden was staying out of the DOJ investigation of his son. Psaki claimed he was. Then Nelson raised the Senate report about Hunter Biden’s company, Rosemont Seneca Thornton, allegedly receiving $3.5 million from Russian billionaire Yelena Baturina, one of the richest women in Russia whose late husband used to be the mayor of Moscow. Nelson also raised a point that is not as well known — the report that Joe Biden himself had a subsequent meeting with the same woman for dinner in 2015 in Georgetown.

“This Yelena Baturina, she has not been sanctioned yet by the U.S. government. How is President Biden navigating conflicts of interest when it comes to sanctioning people who have done business with this family and can you explain to us what this $3.5 million was for?” Nelson asked.

“I don’t have any confirmation of the accuracy of that report, so I have no more further details,” Psaki declared.

How could you not know about the accuracy of the report? Either Joe Biden met with her or he did not. What did he meet with her for? That’s not a Hunter question; that’s a Joe Biden question. But Psaki refused to answer and be transparent.

She also refused to respond about the $3.5 million. Baturina is not being sanctioned, according to Nelson. At a time when we’re in a critical position with Russia regarding the war in Ukraine, these questions are all the more important. And if he refuses to answer what the meeting was about, then we have to assume he’s hiding something critical.

Psaki asks what would be Biden’s conflicts of interest, as though she doesn’t know. She tried to deflect away to other reporters, but Nelson persisted to try to get an answer as to whether Hunter Biden had divested from the Chinese company he had been involved in.

“We have received not even basic transparency about who bought out his stake, when this happened and how much money changed hands,” Nelson said. “Did he actually divest, and if so, can you agree to basic transparency?”

“He’s a private citizen, he doesn’t work for the government,” Psaki said. “I’d point you to his representatives.”

In other words, Psaki thinks we don’t even deserve to know if he divested, or if there are continuing conflicts with China. The way she just dismisses it is disgraceful.

I hope the voters notice the dismissive way that she treats the American public’s right to know here, and give them a resounding answer at the ballot box in November. Then Congress needs to demand answers, after putting people under oath.