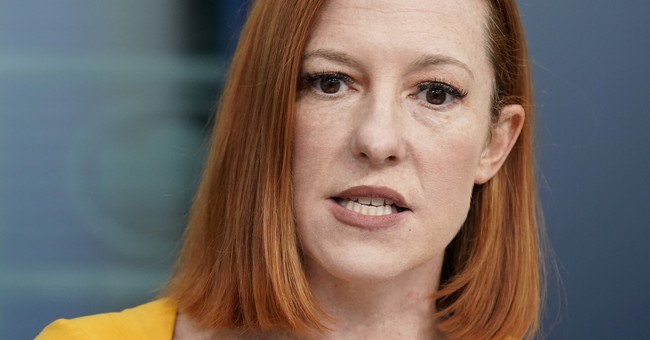 Joe Biden’s presidency is not going well. I don’t think that’s exactly a controversial thing to state at this juncture. His latest approval numbers show that he received no perceivable State of the Union bounce, nor has he gained support based on his supposed world “leadership” involving Russia’s invasion of Ukraine. Obviously, the domestic issues plaguing the United States are a major factor as well, with inflation soaring and far-left cultural antics alienating more and more normal Americans.

In the face of all those problems, the White House has become a parody of itself, refusing to change course, stubbornly signaling its supposed moral superiority. The idiocy approach was perfected illustrated by Jen Psaki on Friday after she implored the Chinese government, which is currently supporting the Russians, to analyze its place in the history books.

The background on this is that Biden recently levied a threat against China, saying there would be serious repercussions if the communist nation began to actively assist Russia’s invasion of Ukraine. Of course, Xi Jinping is already doing that via deals to buy Russian oil and wheat products, helping Vladimir Putin to evade sanctions. They are also reports of direct aid being offered, though it doesn’t appear to include military equipment.

Yet, as the reporter notes, Biden made no specific request of China nor did he lay out what the consequences would be if they defied him. It was just another pathetic bit of saber-rattling, the likes of which we saw much of during the last administration Biden served in.

It was in response that Psaki recycled another Obama-era trope: The idea that dictatorial countries with self-interests care what “history” will say about them. The absolute ineffectiveness of such an approach to foreign policy could not be clearer given the world’s current results, and just days before chiding China, Psaki used the same line in an attempt to pressure India.

How did India respond to that? By thumbing its nose at the United States and abstaining from a series of condemnations of Russia at the United Nations. The massive Asian nation is also working to become more financially linked to the Putin regime. Meanwhile, Saudi Arabia and the UAE, once strong US allies, have been isolated and left to do business with Russia as well, so Biden can pursue another foolish JCPOA nuclear deal with Iran.

Moving back to China, it is a nation that thinks in terms of thousand-year dynasties. No one within its leadership cares what will be written about them in Western history books that will be forgotten within a few decades. When the White House trots out such a line, it is grounds for mockery not necessarily because the thought behind it is bad, but because it is so naive in its approach.

If it wasn’t obvious enough before the events of the last several months, it is obvious now that virtue signaling is not a substitution for smart foreign policy. The Biden administration, so high on its own supply, refuses to see that, choosing the repetition of mindless mantras in place of effective actions. When Biden rattles off a threat, as he did to China, no one takes him seriously because there is no reason to take him seriously. That has left the country he ostensibly leads in a dangerous, precarious position, and no amount of high-minded lecturing about the history books is going to fix that. You cannot finger-wag your way to successful outcomes.