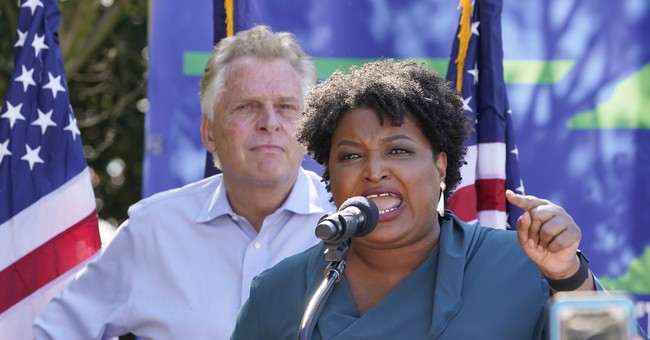 Stacey Abrams, a Democrat, continues in her quest to be re-elected as the Governor of Georgia. The incumbent looks to be facing off against Brian Kemp, who has a comfortable lead in the GOP primary and has squatted in the governor’s mansion the last four years.

Seriously though, Abrams has got to be one of the most pathetic Democrat politicians in recent memory, and recent memory includes Beto O’Rourke, so that’s saying something. She has garnered fawning approval for accomplishing nothing of value while refusing to admit she lost by 50,000+ votes the last time she ran for governor. Her reason? Nebulous “voter suppression,” of course.

Now, she’s doing cameos that put her in the running for the most cringe moment of 2022.

I know what you are thinking. Why am I even bothering to write on something this stupid? Abrams being labeled the “President of the United Earth” in a Star Trek episode is certainly mock-worthy, but is it newsworthy? I actually think it is so let me explain.

Over the last decade, I do not think I’ve observed a politician more thirsty for power than Abrams. Her obsession with attaining high office has been obvious to anyone paying attention. I tend to think that someone whose entire personality revolves around obtaining control of people should never be given it.

After graduating from law school (from Yale, of course), she spent only a few years in the private sector before garnering a government job for the City of Atlanta. Shortly after, she joined Georgia’s general assembly in 2006. That means she’s been a professional politician for nearly two decades, after which she traded in her position in state government to become a professional loser seeking higher office. She has since parlayed that loser-ship into a lucrative political organization she personally benefits from. What about any of that points to her being capable of leading a state?

You should always be worried about professional politicians who don’t have any extensive non-government experience and that base their entire personality on attaining power. Stacey Abrams fits that to a tee, and her media performances, including her Star Trek cameo, show a person who “wants it” way too badly.

And I mean, come on. The “President of the United Earth?” What kind of globalist clap-trap is that? Do you think Ron DeSantis would ever lack the self-awareness to play that kind of role on a TV show, even if just for fun? And rest assured that Abrams is not stopping in Georgia. Her goal is to run for president one day. For that reason alone, let’s hope Kemp stomps her into the ground come November.