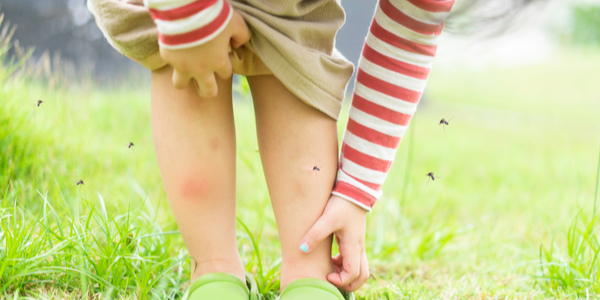 As if the government-controlled drones posing as birds aren’t a bad enough conspiracy theory, the EPA announced their plans to bug you this summer. This is no theory or idea; they have joined up with biotech company Oxitec to deliver thousands of these insects in both Florida and California in 2022 and 2024.

This bicoastal takeover is something that has been discussed for numerous years. The plan is to release these genetically engineered mosquitos to help curb the spread of Dengue fever, chikungunya, Zika, and yellow fever. These diseases spread rapidly thanks to the mosquitos, but don’t receive the international attention other diseases attract. With the lack of information being prevalent in society, treatment and prevention are minimal at best.

Dana Perls Food and Technology Program Manager at Friends of the Earth issued a statement in response to their release.

“Scientists have found genetic material from GE mosquitoes in wild populations at significant levels, which means GE mosquitoes are not sterile. GE mosquitoes could result in far more health and environmental problems than they would solve… EPA needs to do a real review of potential risks and stop ignoring widespread opposition in the communities where releases will happen.”

While a very valid point, this is not the first time GE mosquitoes have been used.

Previously they have helped to spread anti-malaria genes with great effectiveness. Using GE insects and other animals have been a thing for ages, and it helps improve the environment greatly. While many like to claim that this is akin to playing God, it is not being done without great research first. This is not like the Wuhan lab, where they are playing games with life-threatening viruses for fun.

Oxitec’s CEO has also spoken out about these concerns. As a company, they have published their testing and believe combatting disease this way is absolutely essential.

“Given the growing health threat, this mosquito poses across the U.S., we’re working to make this technology available and accessible. These pilot programs, wherein we can demonstrate the technology’s effectiveness in different climate settings, will play an important role in doing so. We look forward to getting to work this year.”

This kind of work is not easy, and the environmental ‘experts’ always come out of the woodwork. Performing these kinds of experiments only comes after many, many lab tests. They see how the mosquitoes interact, and how the protein spreads. This isn’t just an idea written on a cocktail napkin that they just decide to try. While it may start off that way, it is always tested in a lab numerous times before going public with these kinds of tests.

As the environmentalists line up to warn everyone about these tests, they keep finding new ways to get sick. Everything they do to keep the environment safe contradicts science and doesn’t allow humans to continue its expanse.

While we may not necessarily need more space or better defenses against disease, if it saves people, shouldn’t they be doing it? After all, the liberals are making that same argument about COVID, and the jab along with its boosters have more risks than the virus itself does at this point.