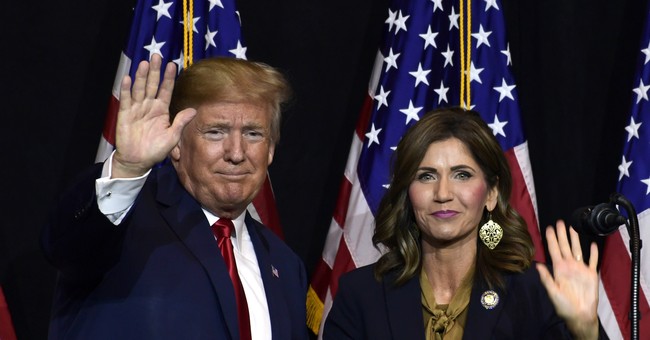 You have to love liberal media. President Donald Trump is no longer in office, but he’s still living rent free in their heads. They’re still completely obsessed with him and basically can’t live without him. They always need him as a focal point.

The New York Times ran this “gotcha” story today, as though it were something truly significant, “Over 100 Republicans, including former officials, threaten to split from G.O.P.”

What is the issue, the New York Times says? The fact that the GOP still is supportive of Trump.

“This is a first step,” said Miles Taylor, an organizer of the effort and a former Trump-era Department of Homeland Security official who anonymously wrote a book condemning the Trump administration. In October, Mr. Taylor acknowledged he was the author of both the book and a 2018 New York Times Op-Ed article.

“This is us saying that a group of more than 100 prominent Republicans think that the situation has gotten so dire with the Republican Party that it is now time to seriously consider whether an alternative might be the only option,” he said.

So that sounds serious. Pray tell, who are we talking about here? Who are the “prominent” people besides this middle-level bureaucrat who no one knows or cares about? Taylor “declined to name the signers.” Well, that tells you everything right there.

Reuters reported earlier that the former governors Tom Ridge of Pennsylvania and Christine Todd Whitman of New Jersey will sign it, as will former Transportation Secretary Mary E. Peters and former Representatives Charlie Dent of Pennsylvania, Barbara Comstock of Virginia, Reid Ribble of Wisconsin and Mickey Edwards of Oklahoma.

Can we say “yawn?” There isn’t one name that has any relation to the present, they’re all “former” officials, and they include folks like Whitman who was middle of the road and trending toward Democrat even when she was in office, long before Trump.

What this effort actually shows — when they can only get 100 GOP names and people who mean nothing to the current discourse — is how strong Trump really still is within the party. It actually shows how weak this “effort” truly is.

“I’m still a Republican, but I’m hanging on by the skin of my teeth because how quickly the party has divorced itself from truth and reason,” Mr. Taylor said. “I’m one of those in the group that feels very strongly that if we can’t get the GOP back to a rational party that supports free minds, free markets, and free people, I’m out and a lot of people are coming with me.”

Go ahead, I dare you, stop throwing a tantrum and do it. It’ll be better for all of us. Your 100 former folks vs. millions of current folks. I’ll take those numbers.

Don’t let the door hit you in the butt on the way out. Or do. I’m not picky.