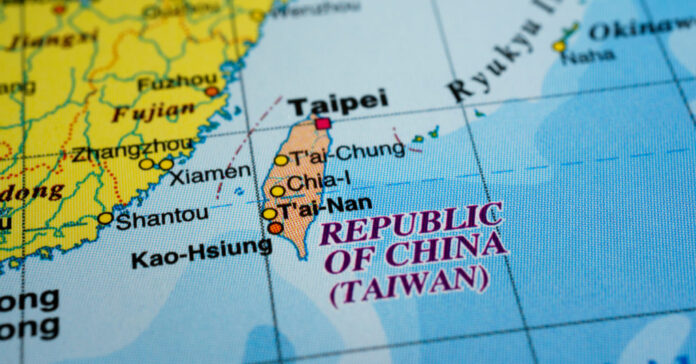 Russia’s greedy invasion of Ukraine has set a precedent that other nations will follow. Joe Biden’s weak demeanor and lazy countenance have opened the door for people to try to get what they want out of the old man.

Vladimir Putin would never have thought of invading Ukraine with Donald Trump in office. The United States would have certainly put a grinding halt to his war efforts. But Biden has demonstrated that he lacks the spine to confront evil when it raises its ugly head.

Communist China is another nation eyeballing other lands to add to its already massive size. The first prize the Chinese are looking towards is the tiny island nation of Taiwan. The small island is a land of freedom and houses an American military base. The communists hate having an American base so close to their borders because they cannot get away with much since they are being watched all of the time.

Putin’s invasion of Ukraine was supposed to be swift and beautiful. But it has been anything but what Putin expected. The Russian military missed a lot of its goals from the starting line. And the pressures that the nation is getting internally and from the international community make it extremely difficult to wage an effective war.

The Russian government is finding out that the crash of its stock market and loss of business income is detrimental to its health. Putin does not have the financial backing to wage a long-term war against Ukraine. He needed the victory to be quick and easy. But it has proved to be a thorn in his side all along the way.

Putin’s difficulties have to have the Chinese wondering if their efforts against Taiwan are worth the enormous backlash waiting for them. American intelligence agencies claim that China is beginning to rethink its desires to take what does not belong to them.

American intelligence officials were confident that Xi Jinping, China’s communist ruler, was thinking about leaving Taiwan alone. The rest of the free world is making up for Biden’s weak reaction to life. They are not about to let Russia or the Chinese take land and people that do not belong to them.

William Burns is the Central Intelligence Agency Director. And with all CIA jokes aside, he stated, “I would not underestimate President Xi and the Chinese leadership’s determination with regard to Taiwan. Been surprised and unsettled to some extent by what they’ve seen in Ukraine over the last 12 days, everything from the strength of the Western reaction to the way in which Ukrainians have fiercely resisted, to the relatively poor performance of Russia.”

The Russian military shows that it is not the formidable force that Putin thinks it is. The Ukrainian people are willing to fight to the very end to keep the sovereignty in place. Putin needs to control Ukraine because of the wealth of resources within its borders. Putin needs the minerals for him to rebuild the Russian empire and return the country to its communist glory days.

Burns also mentioned that “I think there’s an impact on — on the Chinese calculus with regard to Taiwan, which we obviously are going to continue to pay careful attention to.” China weighs heavily on whether or not they can take Taiwan without suffering too much at the hands of the international community.

Joe Biden has opened the flood gates wide for evil nations to run unrestrained. The more he sits back and refuses to do the job he swore to do, the more unstable the world will become.

The United States has a significant influence all around the world. And all it takes is one man such as Joe Biden to underestimate the seriousness of the job of being the most powerful man on earth to set the world afire with terrorism and pain. Biden has a lot to learn about what it means to be a president.