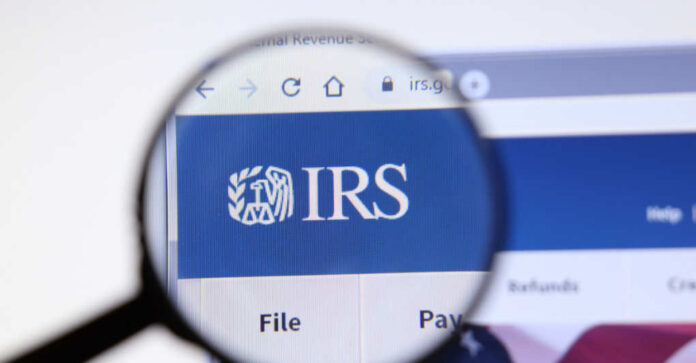 Have you ever been audited by the IRS? For most of us, the answer is a resounding no, even for those of us who make more than the average American worker. Instead, as a recent study just proved, it is the poorest of the poor who are most often audited – and at a rate five times higher than the rest of us, in fact.

According to the Transactional Records Access Clearinghouse, there were 660,000 audits conducted by the IRS last year. Of those, 307,000 of them targeted taxpayers on the lowest possible rungs of the IRS’s tax brackets and who claimed the Earned Income Tax Credit meant to offer them relief. To clarify, that’s a rate five times higher than any other tax bracket in existence, and all aimed at those who make less than $30,000 a year.

The Tuesday report additionally noted that over half of those audits on low-income taxpayers were completed on those with incomes so low that they had “claimed an anti-poverty earned tax credit to offset the tax otherwise due on… gross receipts of less than $25,000.”

Meanwhile, taxpayers making $200,000 to one million in income last year had only a third of the chance of being audited as those in lesser tax brackets. For every 1,000 wealthy taxpayer returns received, only 4.5 were audited. Compare that to 13 out of every 1,000 low-income taxpayer returns.

The question is, why is this happening this way? I mean, why on earth would the IRS be worried about someone’s tax return who makes less all year than what some people make in one day or one questionably large transaction?

The fact is they don’t. Instead, as some have surmised, it all comes down to laziness.

You see, the IRS is required to conduct so many audits per year. But not all audits are as easy or time-consuming as others.

Taxpayer returns that include incomes of over one million or even $200,000 tend to be much more involved than those in lesser tax brackets. This means that much deeper and longer-lasting investigations are required.

However, audits done on those in lower tax brackets usually have fewer deductions and fewer rules that the IRS applies to them, which clearly makes them easier for the agency.

As the TRAC report states, this fact added to the disproportionate number of low-income audits “raises profound issues.” I mean, it doesn’t exactly make sense from either a revenue or equity standpoint to use the IRS’s extremely talented and skilled workers on primarily the poorest of us, the ones that are so poor in fact that they have claimed anti-poverty tax credits.

But as the group also pointed out, this isn’t exactly anything new.

In fact, as TRAC wrote, “more than twenty years ago,” the same type of disproportionate auditing was going in the IRS, with a far higher likelihood of the poor being audited than the rich.

Of course, this is not the only problem the IRS under Joe Biden is currently facing.

You’ll likely remember that in October of last year, the Biden administration proposed that the IRS begin keeping track of all bank accounts and their owners who held $10,000 or more in one year. Additionally, all transactions over $600 were to be reported to the IRS.

Naturally, citizens from all walks of life profoundly opposed this, forcing the entire thing to be pretty much dropped instantaneously.

And just last month, the IRS said they would implement a new online program requiring all users to send in biometric and facial recognition information to access their online accounts. This, too, was just as quickly squashed, or at least scaled back and delayed due to overwhelming backlash.

In any case, Biden’s IRS is failing miserably, just like everything he’s doing. Hopefully, some new leadership will be brought to the table in November, forcing the agency to actually start doing their job and doing it well.