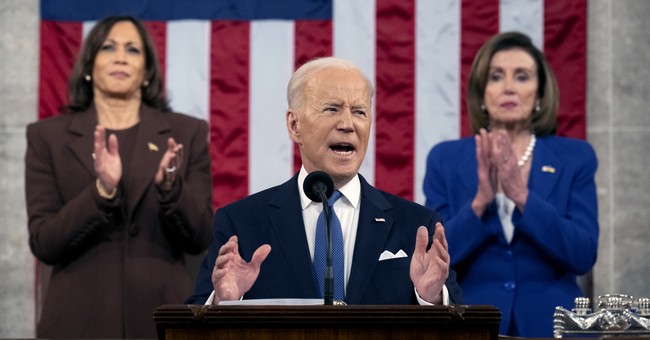 In FY 2022, the federal government is expected to rake in about $4.175 trillion in total revenue. Much of this windfall, 49 percent to be exact, will come in the form of personal income taxes, which should account for $2.039 trillion this year. The remaining $2 trillion will mostly come from payroll taxes and corporate income taxes.

However, that $4 trillion pales in comparison to the sheer amount of spending Washington, DC is preparing for in the year ahead. This year, the federal government expects to spend a little more than $6 trillion, which means we can expect another $2 trillion to be added to the $30.3 trillion (and growing) national debt.

To be fair, the majority of government spending goes to what many call “autopilot” programs. This refers to the roughly $4 trillion Uncle Sam doles out in Social Security, Medicare, and Medicaid annually. And, unless and until Congress passes a law reforming these programs, the spending will remain untouched.

Yet, that does not mean Congress is off the hook. After all, Congress does allocate every penny of discretionary spending, which is set to increase to $1.5 trillion after Biden signs Congress’ latest omnibus spending bill.

As Sen. Mike Braun (R-IN) recently lamented, “Only if you think that going from like asking for 15 percent increases down to seven or eight is a big concession. And historically, we’ve never done more than two or three recently.”

So, where is the huge increase in non-defense spending going?

According to the Committee for a Responsible Budget, every single subcommittee in Congress will see a big budgetary increase due to the Congress’ latest spending bonanza. For example, the Departments of Labor, Education, and Health and Human Services will receive a bump from $174 billion to $221 billion. The Departments of Transportation and Housing and Urban Development will receive $9 billion more, as well. And this comes on top of the $1.1 trillion “infrastructure” law passed late last year.

Across the board, federal agencies and departments are going to receive at least $200 billion more this year than last. No wonder the size and scope of the federal government continue to accelerate unabated.

But, this also means that future Americans will be footing the bill for today’s profligate spending. And, based on the present trajectory of the annual deficit and national debt, it could get very ugly very soon.

For far too long, Congress (whether Democrats or Republicans were in charge) has been derelict in their duty of appropriately controlling the nation’s purse strings. We have been digging this hole for decades. However, if we don’t stop digging soon, we could all be buried under the insurmountable weight of an unsustainable national debt.